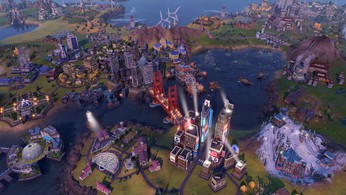 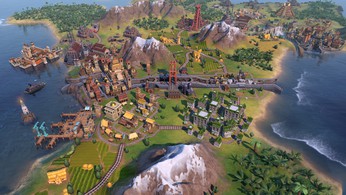 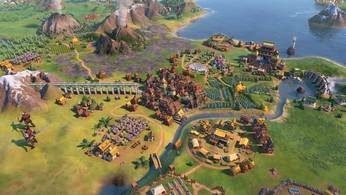 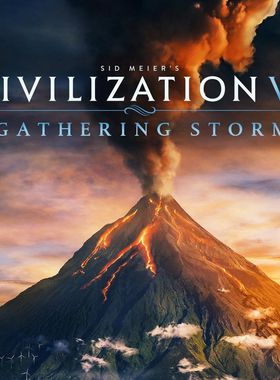 In Gathering Storm, the second expansion of Civilization 6, the world around you is more alive than ever. Set a course for victory with your people as you develop new advanced technologies, launch engineering projects, and negotiate with the global community on important issues at the World Congress.

The decisions you make throughout the game will affect the world's ecosystem and may affect the future of the entire planet. Natural disaster like floods, storms, and volcanic eruptions can plunder or destroy your modernizations and districty - but they can also renew and enrich the land. In addition to these new game systems, Civilization 6: Gathering Storm introduces eight new civilizations and nine new leaders. Additionally explore seven new world wonders and a multitude of new units, districts, buildings, and upgrades.

Strategic resources play an important role in Gathering Storm, as they are now used in power plants to generate electricity for cities. initially, players will power their most advanced buildings by burning carbon-based resources like coal and oil. As players reach today's technologies, however, renewable energy sources become unlocked. Depending on the way you choose to produce your energy, the earth's temperature will be affected. Too much carbon emissions can lead to the melting ot the polar caps and rising of sea levels. Shape the world around your empire and overcome the sometimes unfavorable environments through modernizations. Build canals, dams, tunnels, and railroad tracks to connect our cities.

Where can I buy a Sid Meier's Civilization 6: Gathering Storm Key?

With GameGator, you are able to compare 26 deals across verified and trusted stores to find the cheapest Sid Meier's Civilization 6: Gathering Storm Key for a fair price. All stores currently listed have to undergo very specific testing to ensure that customer support, game deliveries, and the game keys themselves are of the highest quality. To sweeten the deal, we offer you specific discount codes, which you will not be able to find anywhere else. This allows us to beat all competitor prices and provide you with the cheapest, most trustworthy deals. If the current cheapest price of $3.96 for Sid Meier's Civilization 6: Gathering Storm is too high, create a price alert and we will alert you through email, SMS, or discord the moment the Sid Meier's Civilization 6: Gathering Storm price matches your budget.

Can I play Sid Meier's Civilization 6: Gathering Storm immediately after the purchase?

What store should I choose for the best Sid Meier's Civilization 6: Gathering Storm Deal?