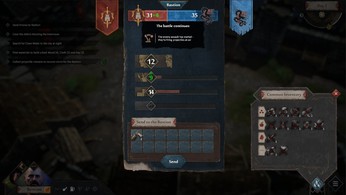 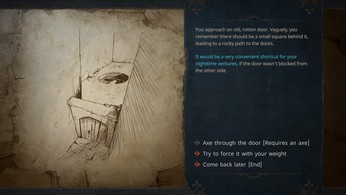 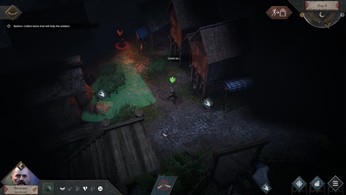 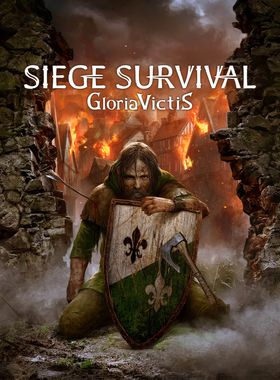 Siege Survival: Gloria Victis is a survival resource management game in the style of This War of Mine, set in the medieval world of Gloria Victis.

Your homeland is drowning in war and chaos. As a group of civilians trapped under siege, you'll face the ordeal of surviving the invasion. Though you do not participate in the fighting, the castle's fate is in your hands.

Support the last soldiers standing against overwhelming enemy forces. Craft supplies and manage your resources during the day, and scavenge through the fallen city during the night. You must stand until the rescue comes! You must support the soldiers with weapons and provisions. The wounded and sick also demand your care. But your resources are limited. You must find ways to preserve food, and develop your infrastructure to use your supplies more effectively.

Take the risk of sneaking into the fallen city plundered by the invaders. Under the cover of the night, you can find precious resources, trade with scavengers and other low-lifes, and help the surviving citizens – or exploit them. But be careful, enemy patrols keep watching the streets. You're no warrior, so a fight is always the worst option. You must be smart to remain unseen... and alive.

In a war like this, one dilemma might lead to another and no decision is clearly good or clearly bad. One person's survival may come at the cost of another's death, no matter if he's friend or family. Sacrifices must be made – with no guarantee they'll pay off. In these desperate circumstances, however, survival means more than just staying alive, as morale is paramount. When you have to choose between sustaining the soldiers' strength and taking care of your own survival, what will you sacrifice?

A messenger had cut through the enemy lines to bring back reinforcements, but it will take weeks before help arrives. You'll face hunger, wounds, diseases, and despair – but also the growing tensions between the civilians and the last defenders of the city. The soldiers won't hold for long without your support and if the defense falls, the invaders will have no mercy. The odds are against you – what will you do to survive?

Siege Survival: Gloria Victis is developed on a game editor platform we created with the goal of sharing it with the modding community along with the game itself – at the release if possible, or later as a free DLC. It will allow you to create new scenarios for the game from scratch and expand the universe of Gloria Victis with your own unique ideas and stories!

Where can I buy a Siege Survival: Gloria Victis Key?

With GameGator, you are able to compare 18 deals across verified and trusted stores to find the cheapest Siege Survival: Gloria Victis Key for a fair price. All stores currently listed have to undergo very specific testing to ensure that customer support, game deliveries, and the game keys themselves are of the highest quality. To sweeten the deal, we offer you specific discount codes, which you will not be able to find anywhere else. This allows us to beat all competitor prices and provide you with the cheapest, most trustworthy deals. If the current cheapest price of $12.25 for Siege Survival: Gloria Victis is too high, create a price alert and we will alert you through email, SMS, or discord the moment the Siege Survival: Gloria Victis price matches your budget.

Can I play Siege Survival: Gloria Victis immediately after the purchase?

What store should I choose for the best Siege Survival: Gloria Victis Deal?