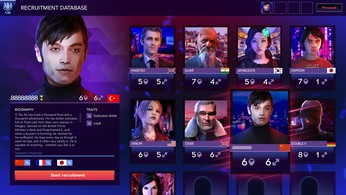 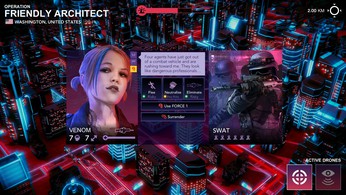 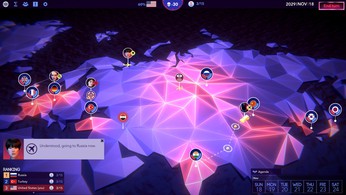 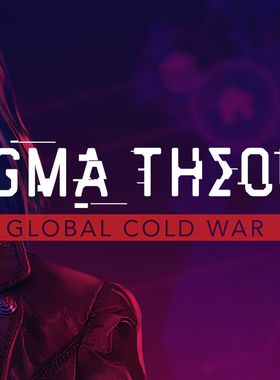 In the near future, a paradigm-shifting scientific discovery looms over the world, promising radical new technologies. The world's superpowers realize they could have the power to destroy the global financial system, wipe out entire countries or even gain access to immortality. However, this discovery — called "The Sigma Theory" — can only be harnessed by a handful of scientists. You are placed at the head of your country's Sigma division. Your objective is to ensure that it is your nation that reaps the benefits of Sigma Theory before anyone else.

To achieve this you will have powerful resources at your disposal: a cadre of the world's most elite covert agents, advanced tactical drones and, of course, your own skills in diplomacy and subterfuge. It's a cold war out there, one in which mankind must face up to its future. Use your special agents to dominate the world. Seduction, blackmail, manipulation, industrial espionage… Every low blow is both permitted and encouraged. Develop and manage your relations with over 100 NPCs: lobbies, armed groups, politicians… Alliance, deception or assassination, you choose.

Where can I buy a Sigma Theory: Global Cold War Key?

With GameGator, you are able to compare 14 deals across verified and trusted stores to find the cheapest Sigma Theory: Global Cold War Key for a fair price. All stores currently listed have to undergo very specific testing to ensure that customer support, game deliveries, and the game keys themselves are of the highest quality. To sweeten the deal, we offer you specific discount codes, which you will not be able to find anywhere else. This allows us to beat all competitor prices and provide you with the cheapest, most trustworthy deals. If the current cheapest price of $0.60 for Sigma Theory: Global Cold War is too high, create a price alert and we will alert you through email, SMS, or discord the moment the Sigma Theory: Global Cold War price matches your budget.

Can I play Sigma Theory: Global Cold War immediately after the purchase?

What store should I choose for the best Sigma Theory: Global Cold War Deal?