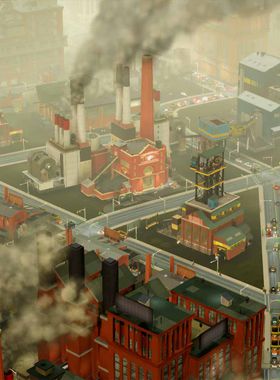 For more than two decades, the king of city-building simulators has sworn in millions of virtual mayors from around the world. With its return in 2013, SimCity will engage an entirely new generation of PC gamers as they take charge of their own customized cities and build a world that co-exists alongside friends. For the first time in SimCity franchise history, players' decisions will have long-lasting repercussions that will extend beyond their city limits. Together, players will address real global challenges such as climate change, the search for renewable resources and natural disasters. It's up to the players to decide whether to compete or collaborate to shape the world of tomorrow – for better or for worse.

Where can I buy a Sim City Key?

With GameGator, you are able to compare 31 deals across verified and trusted stores to find the cheapest Sim City Key for a fair price. All stores currently listed have to undergo very specific testing to ensure that customer support, game deliveries, and the game keys themselves are of the highest quality. To sweeten the deal, we offer you specific discount codes, which you will not be able to find anywhere else. This allows us to beat all competitor prices and provide you with the cheapest, most trustworthy deals. If the current cheapest price of $4.95 for Sim City is too high, create a price alert and we will alert you through email, SMS, or discord the moment the Sim City price matches your budget.

Can I play Sim City immediately after the purchase?

What store should I choose for the best Sim City Deal?