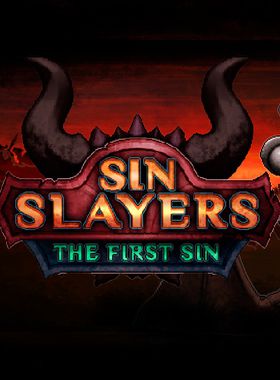 About Sin Slayers: The First Sin

Sin Slayers: The First Sin is a free demo of Sin Slayers, an isometric RPG with roguelike elements, where your choices determine how challenging the fights and enemies will be. This version contains 2-3 hours of gameplay, all major game elements, first story act and one procedurally generated map, that you can clear multiple times.

Create, equip and lead a team of heroes. Each unit will have its own abilities and weaknesses, so plan your combat strategy accordingly. You'll journey through stinking primeval forests, boneyards riddled with crypts and the graves of fallen warriors, and other places even the bravest adventurer would fear to tread.

Battles, traps, and bizarre enemies... Everything and everyone wishes to take your life, but don't succumb to despair. Between fights your party can take their rest at a fountain, or while on the road in an old church which leaves its doors open to the weary and wounded.

Travel every path and byway of the Valley, obtain new weapons on the field of battle or by fulfilling quests, gather ingredients for magical elixirs and resources to craft armor and amulets. If a certain item is beyond your crafting ability, ask the blacksmith in the Old Church for help. The best gear will allow you to challenge the deadliest monsters.

Where can I buy a Sin Slayers: The First Sin Key?

With GameGator, you are able to compare deals across verified and trusted stores to find the cheapest Sin Slayers: The First Sin Key for a fair price. All stores currently listed have to undergo very specific testing to ensure that customer support, game deliveries, and the game keys themselves are of the highest quality. To sweeten the deal, we offer you specific discount codes, which you will not be able to find anywhere else. This allows us to beat all competitor prices and provide you with the cheapest, most trustworthy deals. If the current cheapest price for Sin Slayers: The First Sin is too high, create a price alert and we will alert you through email, SMS, or discord the moment the Sin Slayers: The First Sin price matches your budget.

Can I play Sin Slayers: The First Sin immediately after the purchase?

What store should I choose for the best Sin Slayers: The First Sin Deal?