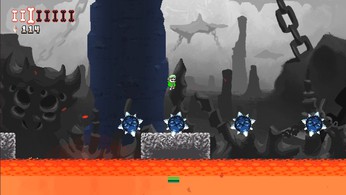 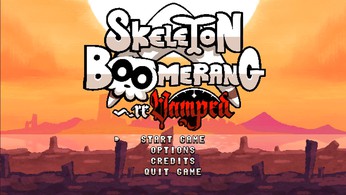 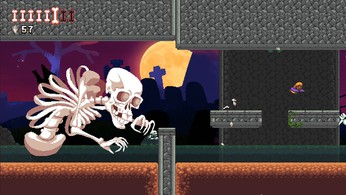 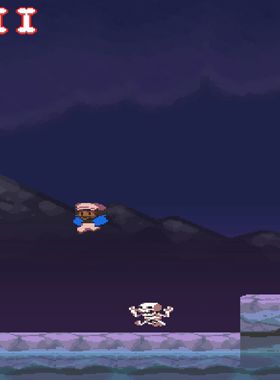 Skeleton Boomerang is a platformer where the hero, Hunter, must use an enchanted boomerang to put an end to an army of bony soldiers led by the voodoo master Mr. Saturday. Get high scores, collect upgrades, find secrets, and overcome many skeletal challenges!

As you progress through the game, your total score can unlock new boomerangs, new abilities, and health boosts. Your score is tied to performing combos by defeating multiple enemies in a single throw of your boomerang. The world is also full of secrets. Finding hidden items can unlock new stages and bosses.

Challenging stages and bosses strewn across the island

Upgrades, including a variety of boomerangs and special techniques

Where can I buy a Skeleton Boomerang Key?

With GameGator, you are able to compare deals across verified and trusted stores to find the cheapest Skeleton Boomerang Key for a fair price. All stores currently listed have to undergo very specific testing to ensure that customer support, game deliveries, and the game keys themselves are of the highest quality. To sweeten the deal, we offer you specific discount codes, which you will not be able to find anywhere else. This allows us to beat all competitor prices and provide you with the cheapest, most trustworthy deals. If the current cheapest price for Skeleton Boomerang is too high, create a price alert and we will alert you through email, SMS, or discord the moment the Skeleton Boomerang price matches your budget.

Can I play Skeleton Boomerang immediately after the purchase?

What store should I choose for the best Skeleton Boomerang Deal?