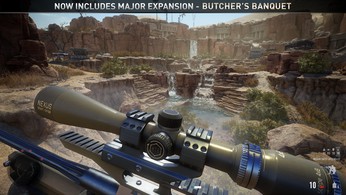 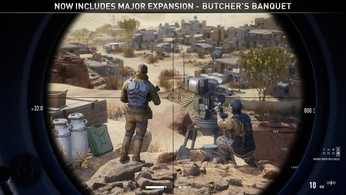 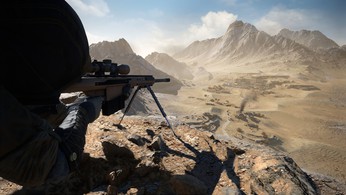 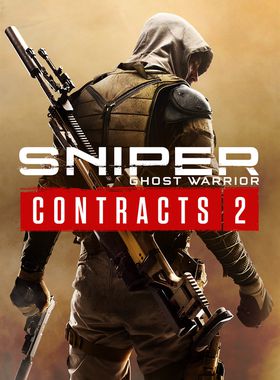 Take on the role of Raven, Contract Sniper Assassin, as he embarks on a new series of contracts in a lawless region of the Middle East, located along the Lebanese and Syrian borders. Tasked with a seemingly impossible task, your mission is to topple an insidious criminal syndicate and bring them to justice.

Series veterans are in for a challenge, as Sniper Ghost Warrior Contracts 2 demands a new level of skill, focus, and precision, with many targets now over a 1000m away - a first for the series.

Developed by the same studio behind the original game, Contracts 2 pushes new boundaries with its hyper-realistic sniping experience; master a wide arsenal of weaponry based on authentic military equipment; explore vast terrains with an enhanced level of detail; and confront the series' most lifelike enemies to date.

Equipped with all-new equipment, each highly replayable contract can be completed in a variety of ways. Replay the mission with a different approach to complete all objectives, ready to spend your earnings on improved gadgets and weaponry.

Contracts 2 introduces new levels of fidelity, with optimized visuals, improved FPS, and an enhanced game engine, resulting in the best looking entry to the series yet. Pull off ultra realistic stealth kills, captured in viscerally graphic detail thanks to the cinematic bullet cam.

Where can I buy a Sniper Ghost Warrior Contracts 2 Key?

With GameGator, you are able to compare 32 deals across verified and trusted stores to find the cheapest Sniper Ghost Warrior Contracts 2 Key for a fair price. All stores currently listed have to undergo very specific testing to ensure that customer support, game deliveries, and the game keys themselves are of the highest quality. To sweeten the deal, we offer you specific discount codes, which you will not be able to find anywhere else. This allows us to beat all competitor prices and provide you with the cheapest, most trustworthy deals. If the current cheapest price of $11.59 for Sniper Ghost Warrior Contracts 2 is too high, create a price alert and we will alert you through email, SMS, or discord the moment the Sniper Ghost Warrior Contracts 2 price matches your budget.

Can I play Sniper Ghost Warrior Contracts 2 immediately after the purchase?

What store should I choose for the best Sniper Ghost Warrior Contracts 2 Deal?

There are many details that you might want to go through before settling on the deal of your choosing. If you are looking for a special Edition, such as Arsenal Edition, you can select these in our menu. When it comes to the actual stores, we made sure that you will never get overcharged/neglected. As we care about your satisfaction, we like to ensure that all deals are legitimate, reliable, and foolproof. On top of that, we make sure all stores affiliated with us have proper refund processes and guarantees and are backed by a competent team to ensure that absolutely nothing will go wrong.