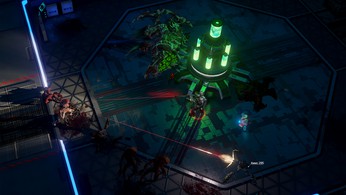 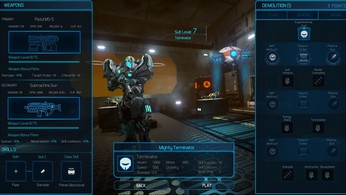 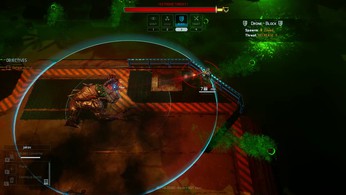 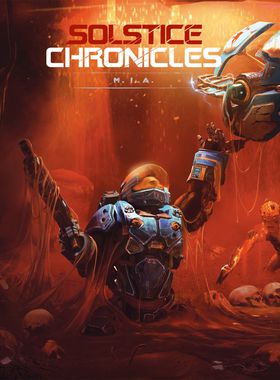 Solstice Chronicles: MIA is a twin stick shooter in which players control the difficulty by managing their threat level through special skills.

The Earth was overrun by STROL virus. What little was left of man kind colonized Mars, and established a society ruled by powerful corporations. But Mars isnt welcoming, and a violent storm threatens to tear the colonies apart. In a race against time, both the corporation and insurgents will stop at nothing to find the cure and reclaim the Earth. As the virus inevitably spreads through Tharsis colony, the players must fight the mutants, the storm and the odds to find the cure before its too late.

In a dead colony, a corporate marine is left far behind enemy lines. With an unlikely help of an insurgent drone, he faces the battle for survival against an army of murderous, mindless mutants... and worse things.

We from Ironward want to take a different approach to twin-stick shooters. We learned that tactics can be great in our first game The Red Solstice, and were trying to add a bit of that tactic into Solstice Chronicles: MIA, we feel that if players prepare themselves, the reward will be much more satisfying.

Where can I buy a Solstice Chronicles: MIA Key?

With GameGator, you are able to compare deals across verified and trusted stores to find the cheapest Solstice Chronicles: MIA Key for a fair price. All stores currently listed have to undergo very specific testing to ensure that customer support, game deliveries, and the game keys themselves are of the highest quality. To sweeten the deal, we offer you specific discount codes, which you will not be able to find anywhere else. This allows us to beat all competitor prices and provide you with the cheapest, most trustworthy deals. If the current cheapest price for Solstice Chronicles: MIA is too high, create a price alert and we will alert you through email, SMS, or discord the moment the Solstice Chronicles: MIA price matches your budget.

Can I play Solstice Chronicles: MIA immediately after the purchase?

What store should I choose for the best Solstice Chronicles: MIA Deal?