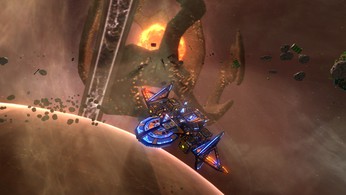 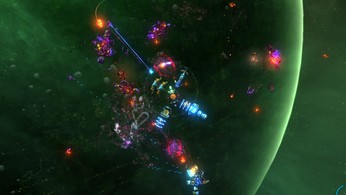 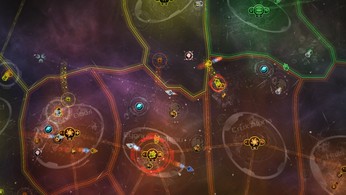 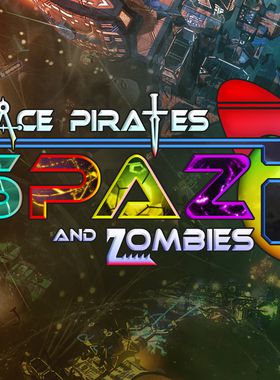 About Space Pirates and Zombies 2

In SPAZ 2 you must survive in an evolving post apocalyptic Galaxy. The zombie threat is defeated, infrastructure has collapsed, fuel is scarce, and scavenging means survival.

Initially the Galaxy contains hundreds of fleets, each trying to survive. AI captains do everything the player can. The player is not special and is not the center of the Galaxy.

As resource scarcity becomes critical, ships come into conflict just to survive. Factions may form for protection or split due to starvation. Old friends must become fodder.

Stronger factions establish and defend territories, set up resource hubs, and establish star bases. Weaker factions may resort to banditry. Each captain is unique, persistent, and shapes the Galaxy.

Combat creates damaged ships and dead crew, but it also provides new salvaged parts. All the parts in SPAZ 2 are modular and randomly generated. If you see something you like, break it off an enemy, grab it with your tractor beam, and connect it to your ship. Ship construction can be done live during battles, though sometimes beating an enemy to death with their broken wing is also fun.

Back on the star map, battles will attract other captains looking for salvage. Take your new parts and run. Upgrade, repair, and prepare to fight another day, for darker threats are about to emerge.

Where can I buy a Space Pirates and Zombies 2 Key?

With GameGator, you are able to compare deals across verified and trusted stores to find the cheapest Space Pirates and Zombies 2 Key for a fair price. All stores currently listed have to undergo very specific testing to ensure that customer support, game deliveries, and the game keys themselves are of the highest quality. To sweeten the deal, we offer you specific discount codes, which you will not be able to find anywhere else. This allows us to beat all competitor prices and provide you with the cheapest, most trustworthy deals. If the current cheapest price of $34.96 for Space Pirates and Zombies 2 is too high, create a price alert and we will alert you through email, SMS, or discord the moment the Space Pirates and Zombies 2 price matches your budget.

Can I play Space Pirates and Zombies 2 immediately after the purchase?

What store should I choose for the best Space Pirates and Zombies 2 Deal?