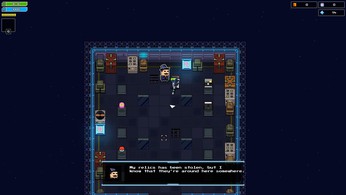 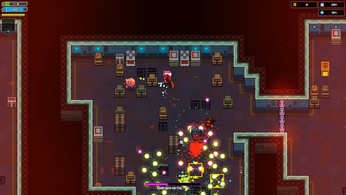 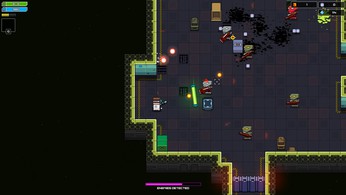 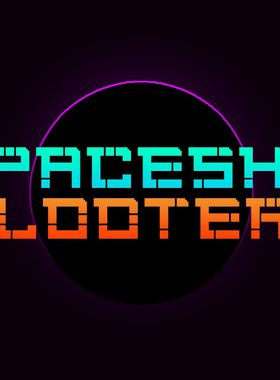 What happens to the ship when the crew dies? It just dangles around the Universe together with other space debris and becomes home for aliens.

Almost always such ships are full of valuable cargo any mercenary can take. The terms are as simple as that: you bring the ship to the new owner and all the cargo is yours.

The point is not to join the dead members of the crew...

Spaceship Looter is an action roguelike game, where mercenaries of all stripes rob drifting schooner, lost transtport ships and abandoned military cruisers - all what is filled with tons of valuable loot and hidden in the deep space.

Each ship is randomly generated and filled with heavily armed enemies prowling in search of prey. Buy new guns, upgrade abilities of the heroes, buy antiques, fight, and be sure - the booty will be yours!

- Interaction with the mechanisms

Where can I buy a Spaceship Looter Key?

With GameGator, you are able to compare 4 deals across verified and trusted stores to find the cheapest Spaceship Looter Key for a fair price. All stores currently listed have to undergo very specific testing to ensure that customer support, game deliveries, and the game keys themselves are of the highest quality. To sweeten the deal, we offer you specific discount codes, which you will not be able to find anywhere else. This allows us to beat all competitor prices and provide you with the cheapest, most trustworthy deals. If the current cheapest price of $2.47 for Spaceship Looter is too high, create a price alert and we will alert you through email, SMS, or discord the moment the Spaceship Looter price matches your budget.

Can I play Spaceship Looter immediately after the purchase?

What store should I choose for the best Spaceship Looter Deal?