Sphinx and the Cursed Mummy 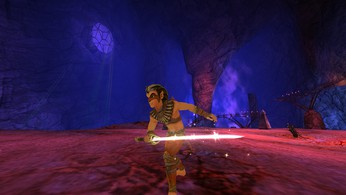 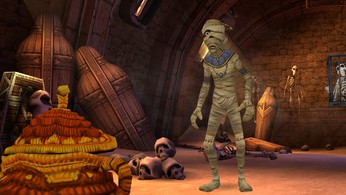 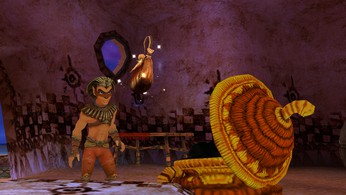 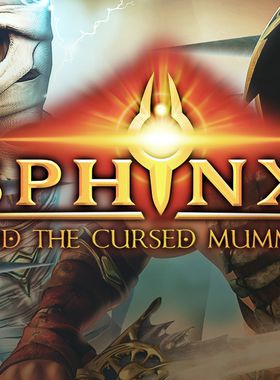 Sphinx and the Cursed Mummy

About Sphinx and the Cursed Mummy

Sphinx and The Cursed Mummy is an original 3rd person action-adventure inspired by the mythology of ancient Egypt. Travelling the world via magical portals to foil the evil plans of Set. Sphinxs Journey will require all his wits, agility, and special powers. He will also rely on his reluctant hero friend, The Mummy, to help when being inconspicuous is the only solution. By finding the stolen magical crowns of Egypt, Sphinx can stop Set and save the world.

- Use Sphinx and his increasing array of skills to face deadly mythical monsters while avoiding perilous traps with acrobatic ease. Weaken enemies and use capture beetles to store and unleash their abilities at will.

- Take control the Mummy when strength & combat skills arent needed — use the Mummys stealth and unconventional antics to avoid enemies, solve puzzles and sabotage right under the enemys nose.

- Interact with hundreds of unique and imaginative creatures, enemies and allies.

- Fantastic graphics bring this mythical world based on Egyptian legends to life.

Where can I buy a Sphinx and the Cursed Mummy Key?

With GameGator, you are able to compare 17 deals across verified and trusted stores to find the cheapest Sphinx and the Cursed Mummy Key for a fair price. All stores currently listed have to undergo very specific testing to ensure that customer support, game deliveries, and the game keys themselves are of the highest quality. To sweeten the deal, we offer you specific discount codes, which you will not be able to find anywhere else. This allows us to beat all competitor prices and provide you with the cheapest, most trustworthy deals. If the current cheapest price of $1.13 for Sphinx and the Cursed Mummy is too high, create a price alert and we will alert you through email, SMS, or discord the moment the Sphinx and the Cursed Mummy price matches your budget.

Can I play Sphinx and the Cursed Mummy immediately after the purchase?

What store should I choose for the best Sphinx and the Cursed Mummy Deal?