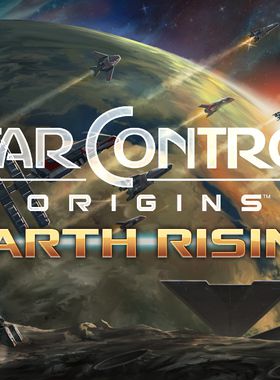 Continue the Star Control: Origins story with Earth Rising! Now that humans are a major player on the galactic scene, one question remains: how will they use their influence, and how will their interstellar neighbors feel about it?

Earth Rising is a 4-part expansion that contains new quests, ships, rewards, and story that is tied to humanity's quest for establishing themselves as a major galactic power. Explore new stars, solve newly discovered mysteries, and form relationships with new alien races and their leaders.

What mark will you leave on the galaxy? Will it be for good, or for ill? Answer that question and much more in Earth Rising. Part 1: Aftermath | Available NowStar Control has ordered the construction of a new base in Epsilon Trireme, but not every alien is happy about the idea of an expanding human empire and the base construction efforts have already encountered major trouble.

Where can I buy a Star Control: Origins - Earth Rising Key?

Can I play Star Control: Origins - Earth Rising immediately after the purchase?

What store should I choose for the best Star Control: Origins - Earth Rising Deal?