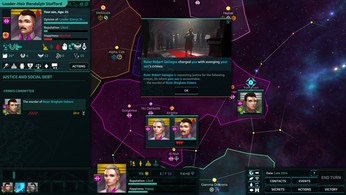 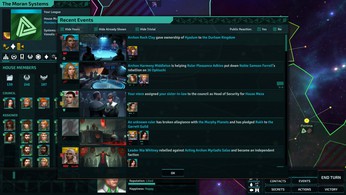 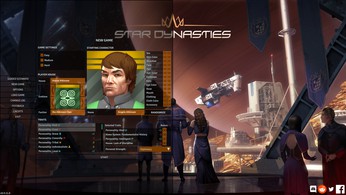 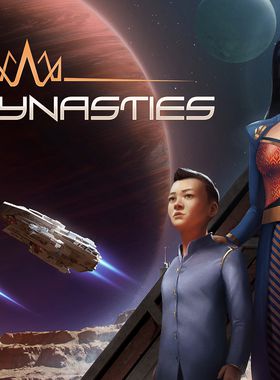 Humanity had just taken its first tentative steps in space, when the catastrophic destruction of Mother Earth plunges the galaxy into a new Dark Age. Centuries later, those few surviving colonies have stabilised into a simple feudal society, unable to comprehend or advance the technological artefacts they use to survive. Internecine fights between an aristocratic elite decide the fate of the scattered fragments of human kind.

As the leader of a faction of star systems, you must seek to ensure the survival and prosperity of your dynasty. Expand your empire, herd your unruly vassals, build political alliances, and navigate a web of agendas, political intrigue and social obligations, to emerge as the dominant power of the galaxy.

Where can I buy a Star Dynasties Key?

With GameGator, you are able to compare 22 deals across verified and trusted stores to find the cheapest Star Dynasties Key for a fair price. All stores currently listed have to undergo very specific testing to ensure that customer support, game deliveries, and the game keys themselves are of the highest quality. To sweeten the deal, we offer you specific discount codes, which you will not be able to find anywhere else. This allows us to beat all competitor prices and provide you with the cheapest, most trustworthy deals. If the current cheapest price of $6.93 for Star Dynasties is too high, create a price alert and we will alert you through email, SMS, or discord the moment the Star Dynasties price matches your budget.

Can I play Star Dynasties immediately after the purchase?

What store should I choose for the best Star Dynasties Deal?