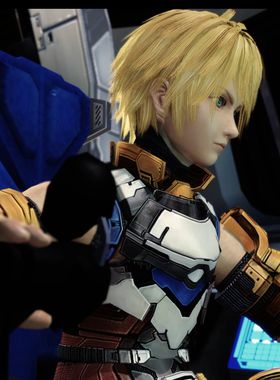 About Star Ocean - The Last Hope

From the creative minds of Square Enix and tri-Ace, STAR OCEAN - THE LAST HOPE takes place at the very beginning of the Star Ocean series.

This action-packed RPG takes players on the epic journey of mankind's last stand, with exploration and battle across some of the most mysterious, dangerous and fantastical worlds of the universe.

Earth has been decimated by World War III and now humanity must turn to the stars in search of a new home. Explore the galaxy on your quest, make allies and enemies among the alien races you encounter and uncover a danger so great that it threatens all of creation.

Where can I buy a Star Ocean - The Last Hope Key?

With GameGator, you are able to compare deals across verified and trusted stores to find the cheapest Star Ocean - The Last Hope Key for a fair price. All stores currently listed have to undergo very specific testing to ensure that customer support, game deliveries, and the game keys themselves are of the highest quality. To sweeten the deal, we offer you specific discount codes, which you will not be able to find anywhere else. This allows us to beat all competitor prices and provide you with the cheapest, most trustworthy deals. If the current cheapest price for Star Ocean - The Last Hope is too high, create a price alert and we will alert you through email, SMS, or discord the moment the Star Ocean - The Last Hope price matches your budget.

Can I play Star Ocean - The Last Hope immediately after the purchase?

What store should I choose for the best Star Ocean - The Last Hope Deal?