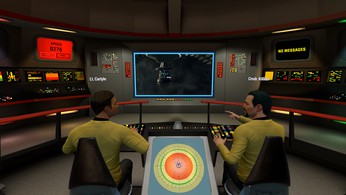 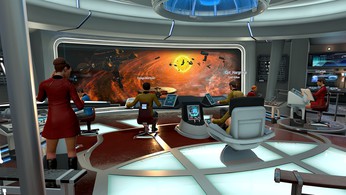 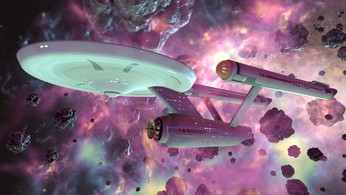 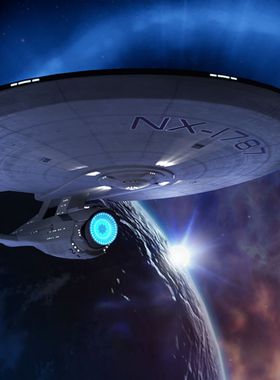 Developed exclusively for VR, Star TrekTM: Bridge Crew will immerse you in the Star Trek universe. The game puts you and your friends in the heart of the USS Aegis.

Your mission: explore a largely uncharted sector of space known as The Trench, in hopes of locating a suitable new home world for the decimated Vulcan populace. The Klingon Empire is also active in the region, and their objective is a threat to the Federation's plans.

Make strategic decisions and coordinate actions with your crew to complete the mission. In co-op, you can form a crew of four players to serve in the roles of Captain, Helm, Tactical, and Engineer. In addition to a dynamic storyline, the game features an Ongoing Missions mode that procedurally generates missions for countless hours of solo and co-op adventure.

Where can I buy a Star Trek: Bridge Crew Key?

With GameGator, you are able to compare 7 deals across verified and trusted stores to find the cheapest Star Trek: Bridge Crew Key for a fair price. All stores currently listed have to undergo very specific testing to ensure that customer support, game deliveries, and the game keys themselves are of the highest quality. To sweeten the deal, we offer you specific discount codes, which you will not be able to find anywhere else. This allows us to beat all competitor prices and provide you with the cheapest, most trustworthy deals. If the current cheapest price of $7.13 for Star Trek: Bridge Crew is too high, create a price alert and we will alert you through email, SMS, or discord the moment the Star Trek: Bridge Crew price matches your budget.

Can I play Star Trek: Bridge Crew immediately after the purchase?

What store should I choose for the best Star Trek: Bridge Crew Deal?