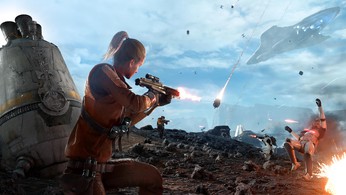 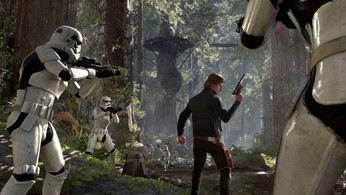 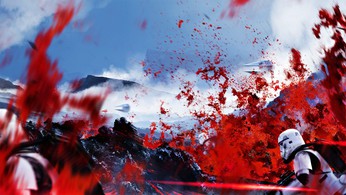 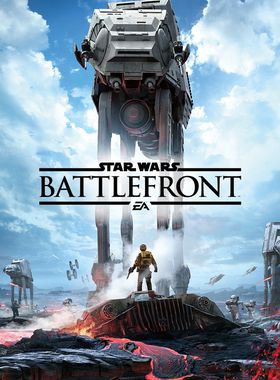 Star Wars Battlefront will allow fans to live out a wide range of heroic moments and intense battle fantasies of their own – firing blasters, riding speeder bikes and snow speeders, commanding AT-ATs and piloting TIE fighters and the Millennium Falcon. These battles will take place on some of the most iconic planets in the Star Wars universe, including Endor, Hoth, Tatooine and the previously unexplored planet, Sullust. Gamers will be able to play as some of the most memorable characters in the original trilogy such as Darth Vader and Boba Fett. Star Wars Battlefront will feature a wide range of modes tailored for different types of battles, from larger 40-person competitive multiplayer to crafted missions that are played solo, with a friend via split-screen offline or co-operatively online.

Where can I buy a Star Wars Battlefront includes Bonus Key?

With GameGator, you are able to compare deals across verified and trusted stores to find the cheapest Star Wars Battlefront Key for a fair price. All stores currently listed have to undergo very specific testing to ensure that customer support, game deliveries, and the game keys themselves are of the highest quality. To sweeten the deal, we offer you specific discount codes, which you will not be able to find anywhere else. This allows us to beat all competitor prices and provide you with the cheapest, most trustworthy deals. If the current cheapest price of $5.23 for Star Wars Battlefront is too high, create a price alert and we will alert you through email, SMS, or discord the moment the Star Wars Battlefront price matches your budget.

Can I play Star Wars Battlefront includes Bonus immediately after the purchase?

What store should I choose for the best Star Wars Battlefront includes Bonus Deal?