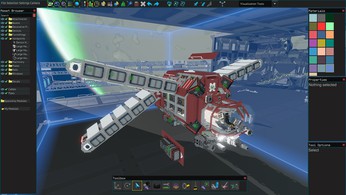 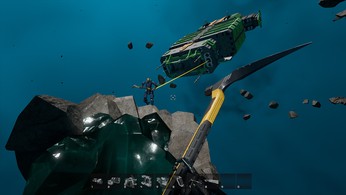 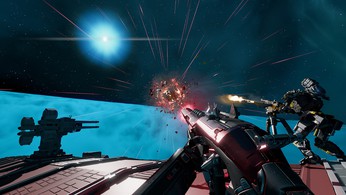 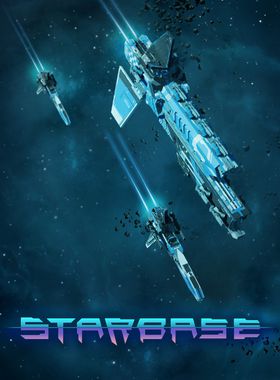 Starbase is a massively multiplayer online game with gameplay focused on building and designing spaceships and stations, exploration, resource gathering, crafting, trading, and combat. Set in a universe of vast scale and detail, the fully-destructible environment and hybrid voxel/vertex-based game mechanics enable simulations in Starbase at immense depth, giving players the ultimate freedom to exploit their innovativeness and creativity. From constructing spaceships that can endure the hazards of space, such as collision and corrosive damages, to creating massive automated factories and designing electricity and data networks, the players are free to do it their own way.

Starbase is developed with Frozenbyte's internal game engine that is custom-built for conquering space, enabling the use of extremely challenging combination of voxel and vertex technologies in the game. The modern engine has been built specifically with Starbase in mind and the engine's architecture is designed to handle all the quirks of simulation, damage, building, player amounts and the ever-growing universe to match the challenges the ambitious vision of the game can pose. Similarly, all features of the game have been developed with the infinite scale and the creative freedom of the players in mind.

Starbase has been in secret development for five years without restraints and the development will continue until the game's bold vision is achieved. In the ever-expanding space the scale can range from the unit of one bolt to massive space station structures, with exploration missions varying from journeys to nearby asteroid fields, to salvaging ship debris, and eventually to other galaxies.

In Starbase players are given the freedom to build the kind of universe they want to, and a small group of players can eventually form large factions that challenge the powers that be. Being inventive will also help, as cleverness often triumphs over brute force in Starbase, and the only limitation is the creativity of the players.

Where can I buy a Starbase Key?

With GameGator, you are able to compare 11 deals across verified and trusted stores to find the cheapest Starbase Key for a fair price. All stores currently listed have to undergo very specific testing to ensure that customer support, game deliveries, and the game keys themselves are of the highest quality. To sweeten the deal, we offer you specific discount codes, which you will not be able to find anywhere else. This allows us to beat all competitor prices and provide you with the cheapest, most trustworthy deals. If the current cheapest price of $27.84 for Starbase is too high, create a price alert and we will alert you through email, SMS, or discord the moment the Starbase price matches your budget.

Can I play Starbase immediately after the purchase?

What store should I choose for the best Starbase Deal?