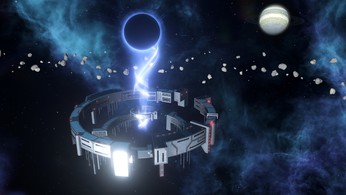 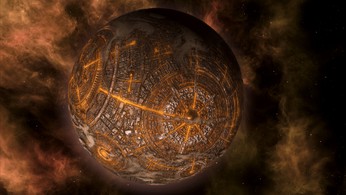 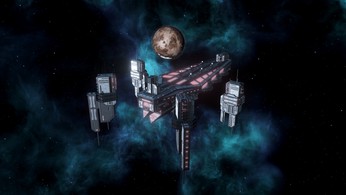 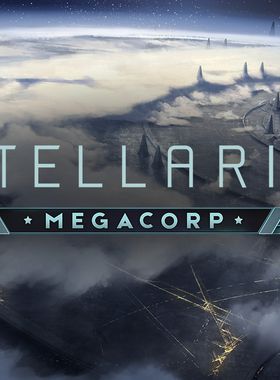 Stellaris: MegaCorp is the latest full expansion for Paradox Development Studio's iconic sci-fi grand strategy game, which has players ushering in an era of prosperity and profit on a galactic scale. In this economy-focused expansion, players can become the CEO of a powerful corporate empire to expand operations across the stars.

Stellaris: MegaCorp features include: Corporate Culture - Chief Executive Officers of a MegaCorp can conduct business on a galaxy-wide scale with a host of new civics. By building Branch Offices on planets within empires they have trade agreements with, the MegaCorp can add a portion of the planet. Using the new Corporate Authority, construct an economic powerhouse and dominate galactic trade - for a brighter future. Players can increase the population density of core worlds to truly epic proportions, eventually creating a planet-spanning megacity. Keep an eye out for the Caravaneers, nomadic interstellar wheelers-and-dealers who stay aloof from galactic politics, and always have a bargain up their sleeve. Expect surprises when these master traders wander through your space or when you visit their home systems.

Where can I buy a Stellaris: MegaCorp Key?

With GameGator, you are able to compare 18 deals across verified and trusted stores to find the cheapest Stellaris: MegaCorp Key for a fair price. All stores currently listed have to undergo very specific testing to ensure that customer support, game deliveries, and the game keys themselves are of the highest quality. To sweeten the deal, we offer you specific discount codes, which you will not be able to find anywhere else. This allows us to beat all competitor prices and provide you with the cheapest, most trustworthy deals. If the current cheapest price of $5.06 for Stellaris: MegaCorp is too high, create a price alert and we will alert you through email, SMS, or discord the moment the Stellaris: MegaCorp price matches your budget.

Can I play Stellaris: MegaCorp immediately after the purchase?

What store should I choose for the best Stellaris: MegaCorp Deal?