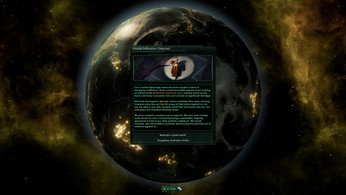 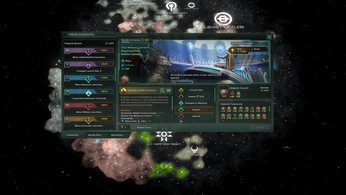 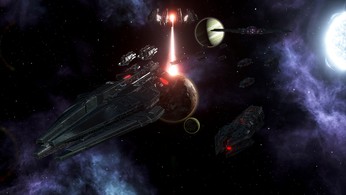 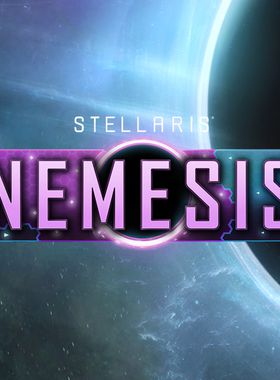 Nemesis is an expansion to Stellaris in which the player will be able to determine the fate of a destabilizing galaxy. Adding espionage tools, a path to power as the Galactic Custodian to combat endgame crises - or the Menace option to BECOME the endgame crisis - Nemesis gives you the most powerful tools ever available in Stellaris.

Ultimately you will have to make the choice between chaos or control, to take charge of a galaxy spiraling into crisis. Will you find a way to take power through diplomacy or subterfuge, or will you watch the stars go out one by one?

Become the Crisis: You are the fire that spreads across the galaxy, threatening its very existence. As your empire becomes more and more menacing, you'll unlock powerful bonuses to finish a hopeless galactic stalemate on your own terms. If the rest of the galaxy can't stop you in time, you can unleash enough power to end all of existence!

Where can I buy a Stellaris: Nemesis Key?

With GameGator, you are able to compare 23 deals across 16 verified and trusted stores to find the cheapest Stellaris: Nemesis Key for a fair price. All stores currently listed have to undergo very specific testing to ensure that customer support, game deliveries, and the game keys themselves are of the highest quality. To sweeten the deal, we offer you 7 specific discount codes, which you will not be able to find anywhere else. This allows us to beat all competitor prices and provide you with the cheapest, most trustworthy deals. If the current cheapest price of $10.58 for Stellaris: Nemesis is too high, create a price alert and we will alert you through email, SMS, or discord the moment the Stellaris: Nemesis price matches your budget.

Can I play Stellaris: Nemesis immediately after the purchase?

What store should I choose for the best Stellaris: Nemesis Deal?