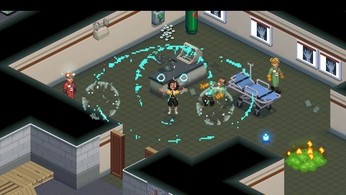 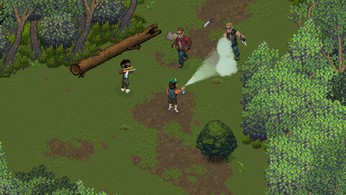 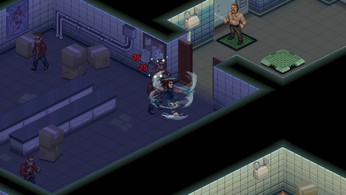 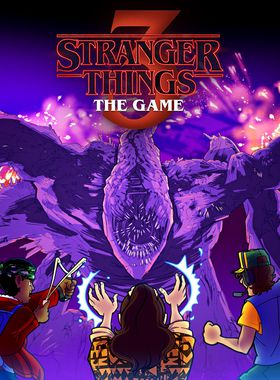 About Stranger Things 3: The Game

Stranger Things 3: The Game is the official companion game to Season 3 of the hit original series! Play through familiar events from the series while also uncovering never-before-seen quests, character interactions, and secrets! This adventure game blends a distinctively retro art style with modern gameplay mechanics to deliver nostalgic fun with a fresh new twist.

Just like in the show, teamwork is at the heart of Stranger Things 3: The Game. Fans can team up in two player local co-op to explore the world of Hawkins, solve puzzles, and battle the emerging evils of The Upside Down as one of twelve beloved characters from the show.

Play through the entire game as two characters (in single player or local co-op). Use your buddy to solve co-op puzzles, take on groups of enemies, and combine your special abilities to pull of powerful combo attacks. Delve into dangerous laboratories and hideouts, solve puzzles, search for treasure, and battle evils from the Upside-Down.

Assemble and Level Up Your Party. Unlock a roster of 12 playable characters, each with their own combat style. Use their unique special abilities to taunt, disable, and obliterate your enemies. Craft and equip various trinkets from items discovered throughout Hawkins to power up your team and specialize your favorite characters.

Where can I buy a Stranger Things 3: The Game Key?

With GameGator, you are able to compare 6 deals across verified and trusted stores to find the cheapest Stranger Things 3: The Game Key for a fair price. All stores currently listed have to undergo very specific testing to ensure that customer support, game deliveries, and the game keys themselves are of the highest quality. To sweeten the deal, we offer you specific discount codes, which you will not be able to find anywhere else. This allows us to beat all competitor prices and provide you with the cheapest, most trustworthy deals. If the current cheapest price of $9.99 for Stranger Things 3: The Game is too high, create a price alert and we will alert you through email, SMS, or discord the moment the Stranger Things 3: The Game price matches your budget.

Can I play Stranger Things 3: The Game immediately after the purchase?

What store should I choose for the best Stranger Things 3: The Game Deal?