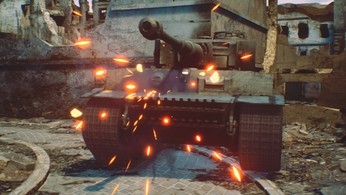 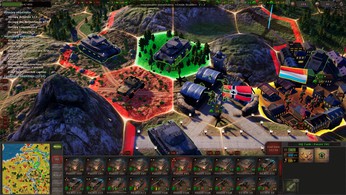 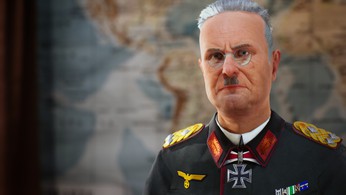 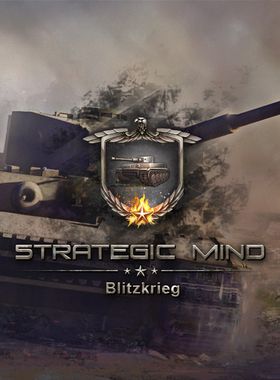 Strategic Mind: Blitzkrieg is a turn-based strategy set in the period of WW2. It brings a modern look and new features to the good old wargame genre. You are to lead the German Armed forces overcoming unthinkable odds and claiming the ultimate bittersweet victory in Europe.

The game is created with great care and attention to historical details by a team that is passionate about WW2 history. The cinematics before and after every operation add depth and immersion into the events unfolding before your eyes. Moreover, a number of primary and secondary objectives allow you to explore every scenario in detail. The gameplay is plot-driven and features many historical personalities such as Franz Halder, Heinz Guderian, Erich von Manstein, Erwin Rommel, Karl Dönitz, Wilhelm Canaris, Hermann Göring and others.

Strategic Mind: Blitzkrieg is the second installment in the Strategic Mind line of games. While "The Pacific" was more about naval warfare, the "Blitzkrieg" brings us all into the continental battles fought by the German troops. As a part of the Strategic Mind franchise, it will retain many features of the series along with adding new content and features to the existing variety.

Where can I buy a Strategic Mind: Blitzkrieg Key?

With GameGator, you are able to compare 15 deals across verified and trusted stores to find the cheapest Strategic Mind: Blitzkrieg Key for a fair price. All stores currently listed have to undergo very specific testing to ensure that customer support, game deliveries, and the game keys themselves are of the highest quality. To sweeten the deal, we offer you specific discount codes, which you will not be able to find anywhere else. This allows us to beat all competitor prices and provide you with the cheapest, most trustworthy deals. If the current cheapest price of $14.65 for Strategic Mind: Blitzkrieg is too high, create a price alert and we will alert you through email, SMS, or discord the moment the Strategic Mind: Blitzkrieg price matches your budget.

Can I play Strategic Mind: Blitzkrieg immediately after the purchase?

What store should I choose for the best Strategic Mind: Blitzkrieg Deal?