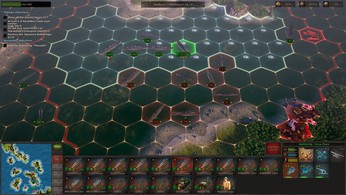 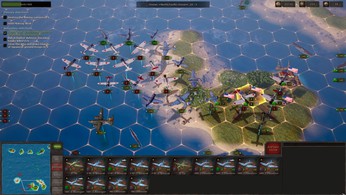 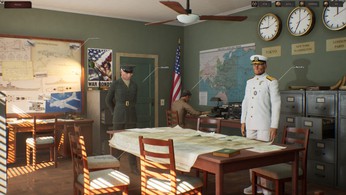 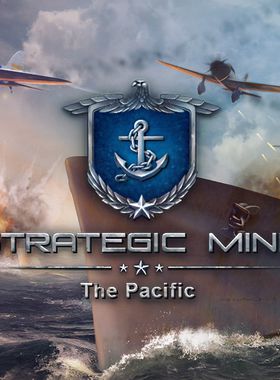 About Strategic Mind: The Pacific

Strategic Mind: The Pacific is a turn-based strategy set in the WW2 period depicting the war between the USA and the Empire of Japan waged in the Pacific Ocean with mindblowing historical accuracy and attention to detail. It offers an immersive experience of commanding both sides of the conflict, allowing you to gain a unique understanding of the situation through the eyes of both sides top commanders, resulting in enjoyable and insightful gameplay.

Build up, train and equip your troops with the newest weaponry available to maximize their efficiency and set sail for victory. The core element of the game is large scale naval battles with numerous carrier ships bringing so much more aircraft into the battle for seizing the control over the ocean. Upon overtaking the sea you will have to set foot on hostile land through a series of costly landing operations.

You will have to make your naval, aerial and amphibious forces act as one flawless mechanism - a task only a truly strategic mind can achieve. Play both sides of the conflict to gain unique insight into the epochal events of the War in the Pacific: the United States of America defending both its global power and its ideals; and the Empire of Japan fighting for the right to take the future of our world into its hands. You can decide which ships, submarines and aircraft will constitute the bulk of your force.

Where can I buy a Strategic Mind: The Pacific Key?

With GameGator, you are able to compare 6 deals across verified and trusted stores to find the cheapest Strategic Mind: The Pacific Key for a fair price. All stores currently listed have to undergo very specific testing to ensure that customer support, game deliveries, and the game keys themselves are of the highest quality. To sweeten the deal, we offer you specific discount codes, which you will not be able to find anywhere else. This allows us to beat all competitor prices and provide you with the cheapest, most trustworthy deals. If the current cheapest price of $1.68 for Strategic Mind: The Pacific is too high, create a price alert and we will alert you through email, SMS, or discord the moment the Strategic Mind: The Pacific price matches your budget.

Can I play Strategic Mind: The Pacific immediately after the purchase?

What store should I choose for the best Strategic Mind: The Pacific Deal?