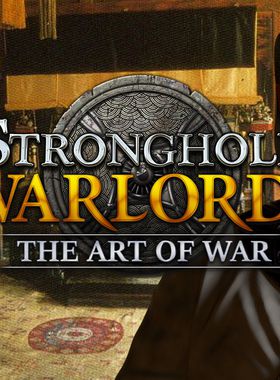 About Stronghold: Warlords - The Art of War Campaign

Beginning in the ashes of the Western Zhou dynasty and culminating in the Battle of Boju, The Art of War Campaign is designed for series veterans and skilled warlords alike. With six extra missions, two new warlords, added challenge and achievements, players will become the master strategist across a new narrative campaign set in 6th Century BC China.

The Rat Warlord is a small part but vital part of your master plan, lulling opponents into a false sense of security before revealing his bite! With a unique perk that increases damage from Tribesmen units, The Rat is an ideal warlord to acquire early and catch enemies off guard. A smart diplomatic option capable of providing quick military strength, the Rat can be used to play the long game, stunt an opponent's economic growth and win the war of economies.

Slow to anger but a fierce defender when pushed, the Panda is best used with his protective nature in mind. With a perk that increases the chance of arrows deflecting off castle walls, the Panda makes himself indispensable by extending this benefit to the player's castle and all warlords under their control. Combine this with his economic and defence boosting edicts and the Panda is an effective bulwark against almost any AI incursion. New Story - Become the master strategist controlling Sun Tzu in six historical conflicts. Six Missions - Put your Stronghold skills to the test with a series of challenging scenarios. Two Warlords - Subdue the enemy without fighting using new perks, edicts and upgrades. The Rat Warlord - Cause some mischief! Boost your attacking power early on to get ahead. The Panda Warlord - Combine unique anti-archer protection with industry-boosting edicts. Extra Achievements - Claim the title of Stronghold completionist with new achievements. Please Note: The Art of War Campaign is downloadable add-on content, requiring the full Stronghold: Warlords game to play. The Sun Tzu AI opponent is included with the Warlords base game and is free to use for all players in skirmish mode and multiplayer.

Where can I buy a Stronghold: Warlords - The Art of War Campaign Key?

With GameGator, you are able to compare 3 deals across 3 verified and trusted stores to find the cheapest Stronghold: Warlords - The Art of War Campaign Key for a fair price. All stores currently listed have to undergo very specific testing to ensure that customer support, game deliveries, and the game keys themselves are of the highest quality. To sweeten the deal, we offer you specific discount codes, which you will not be able to find anywhere else. This allows us to beat all competitor prices and provide you with the cheapest, most trustworthy deals. If the current cheapest price of $4.49 for Stronghold: Warlords - The Art of War Campaign is too high, create a price alert and we will alert you through email, SMS, or discord the moment the Stronghold: Warlords - The Art of War Campaign price matches your budget.

Can I play Stronghold: Warlords - The Art of War Campaign immediately after the purchase?

What store should I choose for the best Stronghold: Warlords - The Art of War Campaign Deal?