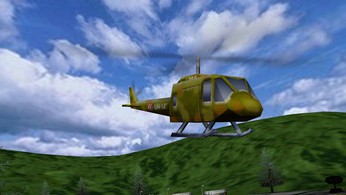 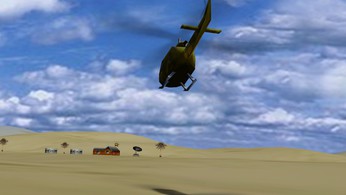 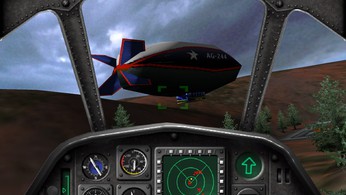 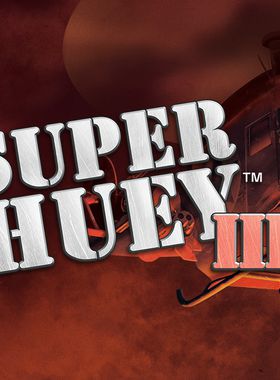 In 1985, Cosmi Software stunned the gaming world with the first helicopter flight simulator for home computers. The legend continues with this revamped version of Super Huey III! After learning the ropes in 3 training missions, you'll fly 33 main missions featuring air-to-land and air-to-air combat, plus search-and-rescue objectives. 3 Bonus Missions await for those that can conquer the main campaign! Choose your weapon: Your onboard computer-guided weapons system includes a rocket launcher, a Gatling gun, a flame thrower, and smart bombs that you must use wisely as you face off against enemy choppers, tanks, patrol cars, and even air balloons. The best view of the action: Choose between cockpit and multiple outside views as you carry out your mission, including the "missile cam" view that flies with your shot to its target.

Realistic controls & displays: Your chopper's onboard displays provide vital information such as air speed, altitude, radar-assisted target location, and the current state of your arsenal of weapons, rounds of ammunition, and fuel reserves. Enhanced edition: This update to the game by the original developers of Super Huey III features improvements to the game's graphics and user interface, ensuring a great experience on modern hardware.

Where can I buy a Super Huey 3 Key?

With GameGator, you are able to compare 2 deals across 2 verified and trusted stores to find the cheapest Super Huey 3 Key for a fair price. All stores currently listed have to undergo very specific testing to ensure that customer support, game deliveries, and the game keys themselves are of the highest quality. To sweeten the deal, we offer you specific discount codes, which you will not be able to find anywhere else. This allows us to beat all competitor prices and provide you with the cheapest, most trustworthy deals. If the current cheapest price of $6.76 for Super Huey 3 is too high, create a price alert and we will alert you through email, SMS, or discord the moment the Super Huey 3 price matches your budget.

Can I play Super Huey 3 immediately after the purchase?

What store should I choose for the best Super Huey 3 Deal?