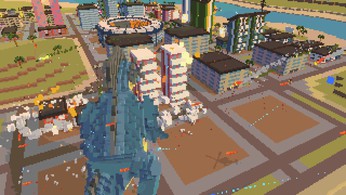 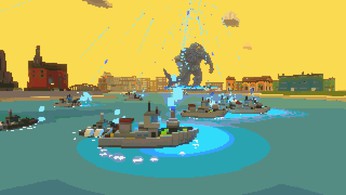 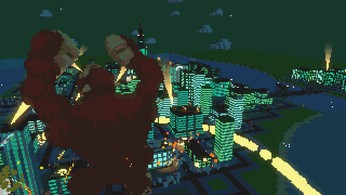 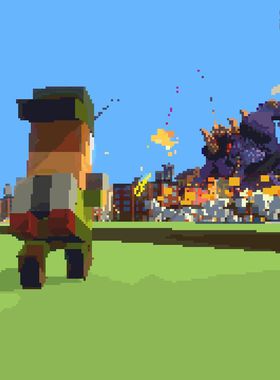 About Super Man Or Monster

Super Man Or Monster is a monsterfilled, explosive, third person action game with a delightful 8-bit style. You choose if you want to fight with MAN to protect the world, or be a MONSTER and destroy it!

Man - Build your army, fly around with your jetpack and blast monsters. Anything you deploy you can pilot yourself, from turrets and tanks to helicopters! Kick ass. Monster - Bash, stomp and wreck cities with brute force and special powers like fireballs and body slams. Bring the chaos!

WHATS SO SUPER ABOUT IT?

We're taking the classic Man Or Monster (a simple voxel browser game) to the next level by adding all stuff we didn't have time for back then. Weve added controller support, full screen retro visuals, lots of new content and a splitscreen local multiplayer mode thats pretty awesome if we do say so ourselves (we do)!

Play as Man or as Monster. Two very different experiences for the price of one!

Explore more than 30 of the world's biggest cities in glorious cubestyle.

A jetpack and fart-attacks. Need I say more?

Where can I buy a Super Man Or Monster Key?

With GameGator, you are able to compare 4 deals across verified and trusted stores to find the cheapest Super Man Or Monster Key for a fair price. All stores currently listed have to undergo very specific testing to ensure that customer support, game deliveries, and the game keys themselves are of the highest quality. To sweeten the deal, we offer you specific discount codes, which you will not be able to find anywhere else. This allows us to beat all competitor prices and provide you with the cheapest, most trustworthy deals. If the current cheapest price of $0.95 for Super Man Or Monster is too high, create a price alert and we will alert you through email, SMS, or discord the moment the Super Man Or Monster price matches your budget.

Can I play Super Man Or Monster immediately after the purchase?

What store should I choose for the best Super Man Or Monster Deal?