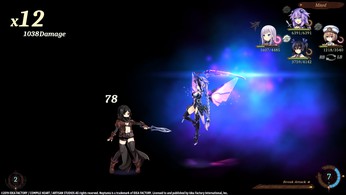 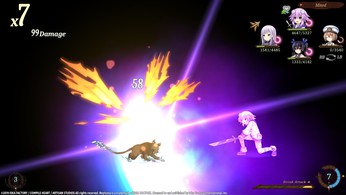 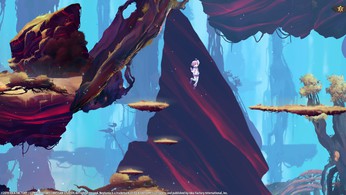 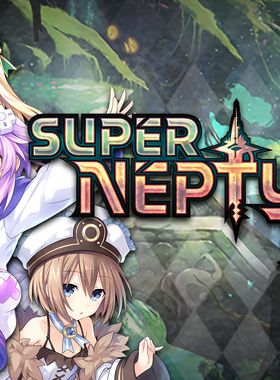 The self-proclaimed hero, Neptune, awakes in a familiar world, but has no recollection of anything other than her name. With the help of a mysterious girl named Chrome, as well as three other familiar faces beloved in the Neptunia series, Neptune embarks on a journey through the mysterious dimension to try to regain her memory.

Little do they know, the world they inhabit is under attack by an enemy who wants to take civilization back to the time where 2D reigns supreme.

Can Neptune and her friends save the world and 3D games as we know it, or will they be flattened into two dimensions forever? Key FeaturesNew Me in 2D – Your favorite Goddesses jump from three dimensions to two! Artisan Studios and Compile Heart proudly present new, vibrant backgrounds and newly developed 2D animations hand drawn in this action-inspired side-scrolling RPG! With Artisan Studios and Tsunako collaborating to create new background and character art, fans and newcomers alike can see Gamindustri in a new 2D perspective.

Where You Lead, I Will Follow – With four Goddesses to rotate on-the-fly during battle, players can change their formation type and unleash devasting attack combos. Depending on which Goddess is leading the pack, players can strategize attacks from four different formations: Strike, Magic, Support and Heal!

Where can I buy a Super Neptunia RPG Key?

With GameGator, you are able to compare 14 deals across verified and trusted stores to find the cheapest Super Neptunia RPG Key for a fair price. All stores currently listed have to undergo very specific testing to ensure that customer support, game deliveries, and the game keys themselves are of the highest quality. To sweeten the deal, we offer you specific discount codes, which you will not be able to find anywhere else. This allows us to beat all competitor prices and provide you with the cheapest, most trustworthy deals. If the current cheapest price of $2.91 for Super Neptunia RPG is too high, create a price alert and we will alert you through email, SMS, or discord the moment the Super Neptunia RPG price matches your budget.

Can I play Super Neptunia RPG immediately after the purchase?

What store should I choose for the best Super Neptunia RPG Deal?