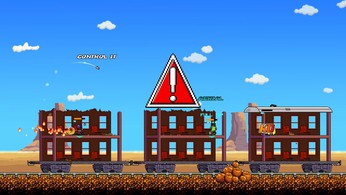 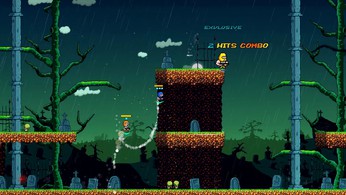 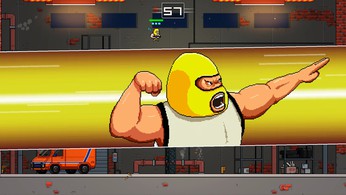 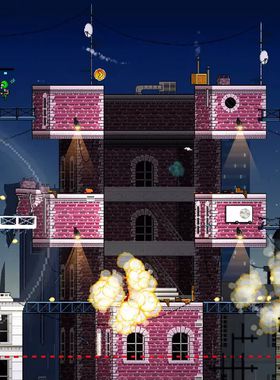 Twins never have it easy, and it's no different for Maurice and El Bruto! Frustrated with their inability to execute on their elaborately planned bank heists, they squabble and bicker only the way brothers can, leaving a trail of chaos and destruction behind them.

Super Rocket Shootout is a great way to hang with friends and enjoy the charming game characters, as well as a perfect outlet to release any pent-up frustrations!

- Master your jetpack and slip right behind your enemies

- Use your shotgun from a distance or at melee range

- Build combos and fill up your Super meter

- Eight playable characters, each with their own abilities and Super Attack

Where can I buy a Super Rocket Shootout Key?

With GameGator, you are able to compare 6 deals across verified and trusted stores to find the cheapest Super Rocket Shootout Key for a fair price. All stores currently listed have to undergo very specific testing to ensure that customer support, game deliveries, and the game keys themselves are of the highest quality. To sweeten the deal, we offer you specific discount codes, which you will not be able to find anywhere else. This allows us to beat all competitor prices and provide you with the cheapest, most trustworthy deals. If the current cheapest price of $9.99 for Super Rocket Shootout is too high, create a price alert and we will alert you through email, SMS, or discord the moment the Super Rocket Shootout price matches your budget.

Can I play Super Rocket Shootout immediately after the purchase?

What store should I choose for the best Super Rocket Shootout Deal?