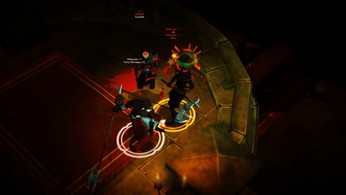 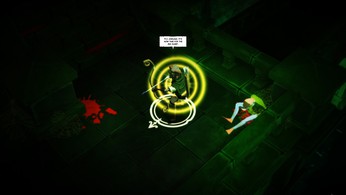 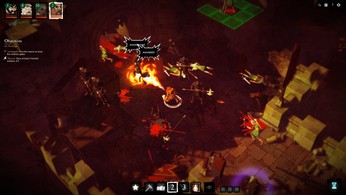 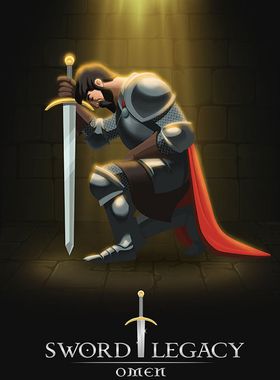 The lord of Mercia has been assassinated, your love kidnapped and home is no more. As Uther, the disgraced Knight Commander, you must lead your misfit band of companions throughout quests riddled with trials. Forge uneasy alliances to acquire the mythical Excalibur sword and defeat the sinister power-obsessed duke of Wessex.

Prove your worth as a tactician by exploring all five realms and dangerous locations, such as a frozen fortress hiding a dark secret, an ancient abbey turned into a hideous torture chamber and the mystical island of Avalon. Survive ambushes and rescue those in need by making use of each hero's abilities to solve puzzles and vanquish your foes. It is up to you define the fate of Britannia... But at what cost?

Combat in Sword Legacy: Omen is always a challenge. As a strategist, you will need to plan your course of action with four heroes at a time. However, be ready to adapt and improvise because results always change based on the chosen abilities and chances of landing an attack.

Where can I buy a Sword Legacy Omen Key?

With GameGator, you are able to compare 16 deals across verified and trusted stores to find the cheapest Sword Legacy Omen Key for a fair price. All stores currently listed have to undergo very specific testing to ensure that customer support, game deliveries, and the game keys themselves are of the highest quality. To sweeten the deal, we offer you specific discount codes, which you will not be able to find anywhere else. This allows us to beat all competitor prices and provide you with the cheapest, most trustworthy deals. If the current cheapest price of $0.80 for Sword Legacy Omen is too high, create a price alert and we will alert you through email, SMS, or discord the moment the Sword Legacy Omen price matches your budget.

Can I play Sword Legacy Omen immediately after the purchase?

What store should I choose for the best Sword Legacy Omen Deal?