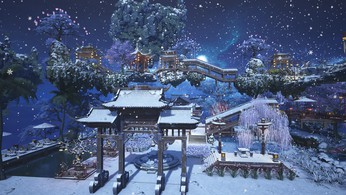 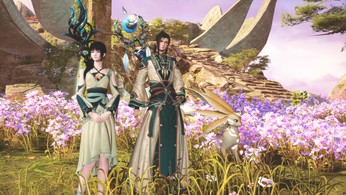 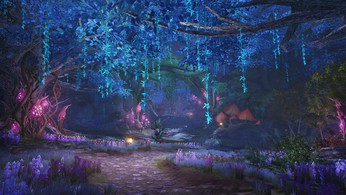 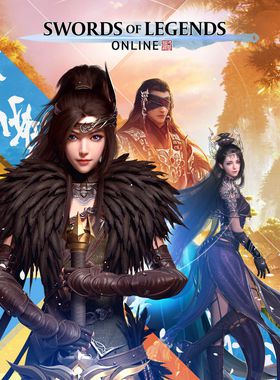 About Swords of Legends Online

Swords of Legends Online is an action MMORPG set in a breathtaking fantasy world with sophisticated combat mechanics and a unique storyline based on Chinese mythology. Explore the world with 6 different classes, engage in epic PvP encounters, take on challenging dungeons and reach the fascinating endgame.

The action combat system places a panoply of mystical skills at your disposal for you to continually hone and improve in adrenaline-pumping encounters. Skilfully dodge enemy attacks, combo your skills, and switch between action and tab-targeted combat as you choose.

Each of the six available classes has two roles for you to gear up and switch between depending on the needs of your mission. Visit your class' unique heartlands on your adventures to unlock new quest lines and further improve your character's skill set.

Swords of Legends Online tells its extraordinary saga through beautifully voiced cutscenes. The story weaves together belligerent gods, an ancient war between peoples, and the eponymous legendary swords that were once wielded by celebrated heroes of a bygone era, and which now inspire the quest for peace.

Gain access to your very own floating island on which to build a magnificent temple and garden as your own residence. Sculpt the landscape with the huge range of modification options, and gain inspiration as you visit the islands of your friends and neighbours on the back of a flying mount.

Where can I buy a Swords of Legends Online Key?

With GameGator, you are able to compare 6 deals across verified and trusted stores to find the cheapest Swords of Legends Online Key for a fair price. All stores currently listed have to undergo very specific testing to ensure that customer support, game deliveries, and the game keys themselves are of the highest quality. To sweeten the deal, we offer you specific discount codes, which you will not be able to find anywhere else. This allows us to beat all competitor prices and provide you with the cheapest, most trustworthy deals. If the current cheapest price for Swords of Legends Online is too high, create a price alert and we will alert you through email, SMS, or discord the moment the Swords of Legends Online price matches your budget.

Can I play Swords of Legends Online immediately after the purchase?

What store should I choose for the best Swords of Legends Online Deal?

There are many details that you might want to go through before settling on the deal of your choosing. If you are looking for a special Edition, such as Collectors Edition or Deluxe Edition, you can select these in our menu. When it comes to the actual stores, we made sure that you will never get overcharged/neglected. As we care about your satisfaction, we like to ensure that all deals are legitimate, reliable, and foolproof. On top of that, we make sure all stores affiliated with us have proper refund processes and guarantees and are backed by a competent team to ensure that absolutely nothing will go wrong.