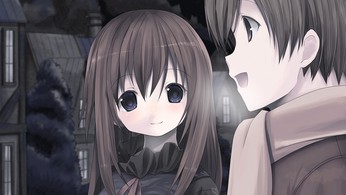 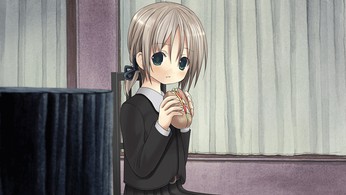 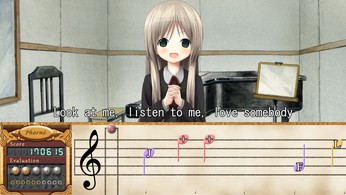 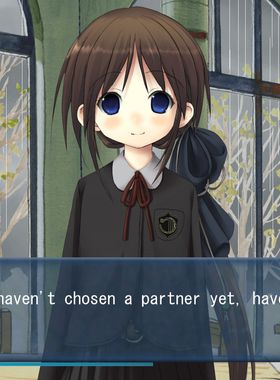 In Piova, the city of music and endless rain, young men and women gather to pursue their dreams of becoming musicians. Chris Vertin is one of these young men, leaving his rural hometown and girlfriend behind to enroll in the Piova Communal School of Music.

Winter has come and its been over two years since Chris began studying to become a Fortenist—a master of the magical instrument known as the Fortelle. Graduation is only a few months away, and Chris must perform an original song together with a vocal partner for his final examination. But Chris, feeling unmotivated and listlessly spending his days, has yet to even try to find a partner. His entire world consists of letters he receives from his girlfriend and a 14 centimeter tall musical fairy living in his room.

Let us play the Fortelle in time with the metronome of the rains patter. When the sound of Chriss playing harmonizes with the voice of the musical magic fairy who knows what might happen?

Where can I buy a Symphonic Rain Key?

With GameGator, you are able to compare 4 deals across verified and trusted stores to find the cheapest Symphonic Rain Key for a fair price. All stores currently listed have to undergo very specific testing to ensure that customer support, game deliveries, and the game keys themselves are of the highest quality. To sweeten the deal, we offer you specific discount codes, which you will not be able to find anywhere else. This allows us to beat all competitor prices and provide you with the cheapest, most trustworthy deals. If the current cheapest price of $5.28 for Symphonic Rain is too high, create a price alert and we will alert you through email, SMS, or discord the moment the Symphonic Rain price matches your budget.

Can I play Symphonic Rain immediately after the purchase?

What store should I choose for the best Symphonic Rain Deal?