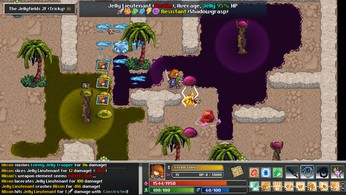 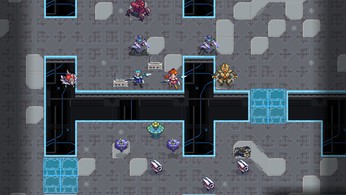 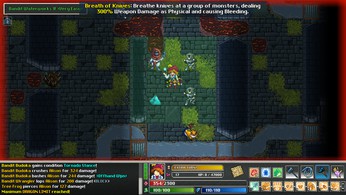 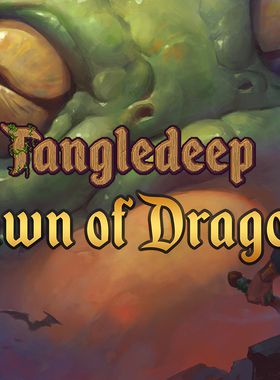 About Tangledeep - Dawn of Dragons

Dawn of Dragons is the second expansion to Tangledeep, introducing brand-new dungeons, bosses, gameplay mechanics, items, and monsters to challenge players of all levels! Discover the Ancient Dragons, super-powerful boss monsters that inspire fear into even the heartiest adventurers! Venture through Dragon Dungeons, themed areas offering new gameplay mechanics, layouts, and challenges! Obtain Dragon Souls, granting you unique powers to unleash in your most desperate moments.

Wield a new weapon type (Whips) with four mastery abilities! Lash and pummel groups of enemies with finesse! Give old items a new purpose with an unlockable crafting NPC, who offers a variety of useful recipes to create the items you need. Empower your fists with Wraps, handwear that allows you to enchant your fist attacks without interfering with other bonuses. Battle (or capture!) a menagerie of new monsters, from psychic rats and prismatic jellies to acid elementals, robots, flying snakes and more.

Enchant your equipment with dozens of powerful new magic affixes that can change or strengthen your build. Enjoy 4 new musical tracks included free with this expansion in MP3 & FLAC formats! Something has awakened Tangledeep's oldest creatures from their deep slumber, unleashing untold dangers upon the world! The Frog, Jelly, Echo, Tyrant, and Bandit Dragons are incredibly powerful boss monsters whose strength scales to the player's level. Discover their mysteries and face them before it's too late!

Where can I buy a Tangledeep - Dawn of Dragons Key?

With GameGator, you are able to compare 2 deals across verified and trusted stores to find the cheapest Tangledeep - Dawn of Dragons Key for a fair price. All stores currently listed have to undergo very specific testing to ensure that customer support, game deliveries, and the game keys themselves are of the highest quality. To sweeten the deal, we offer you specific discount codes, which you will not be able to find anywhere else. This allows us to beat all competitor prices and provide you with the cheapest, most trustworthy deals. If the current cheapest price of $4.08 for Tangledeep - Dawn of Dragons is too high, create a price alert and we will alert you through email, SMS, or discord the moment the Tangledeep - Dawn of Dragons price matches your budget.

Can I play Tangledeep - Dawn of Dragons immediately after the purchase?

What store should I choose for the best Tangledeep - Dawn of Dragons Deal?