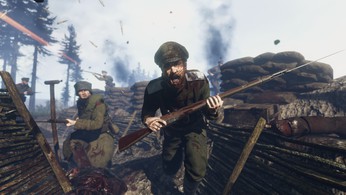 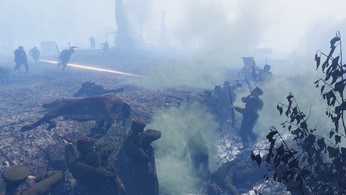 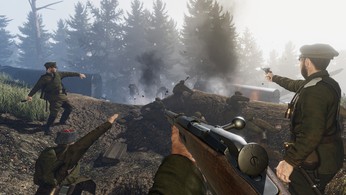 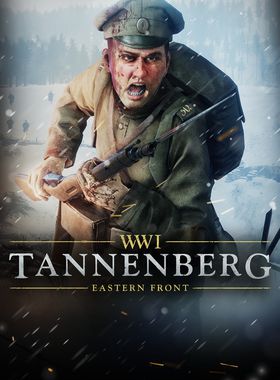 Tannenberg brings the massive battles of the Eastern Front in WW1 to life with 64 players fighting for control of key sectors of the battlefield, each one offering a distinct strategic advantage. Warfare between the Russian Empire, Germany, and their allies offers a fresh experience for first person shooter players and history enthusiasts alike.

There are seven squads, 50+ weapons, eight large maps that give players tactical freedom, and a 64 player game mode with full AI bot support so you can experience epic battles at any time! Everything has been recreated with the same attention to detail seen in Verdun, the first entry in the WW1 Game Series.

This historical game takes place across the lakes, forests, mountains and snowy plains of the Eastern Front - it was inspired by the Battle of Tannenberg in 1914, one of the most iconic encirclement battles in history. Players will be able to master a range of authentically modelled equipment brought to the field by Russian Frontovik and Cossack squads, the renowned Latvian Riflemen, or the Roumanian infantry squad. Alternatively they can join the Central Powers to serve in an Austro-Hungarian K. u. K. unit, with the German Infanterie, or in the Bulgarian rifle section.

Tannenberg offers several game modes - including the exciting Maneuver game mode reflecting the nature of war on the Eastern Front, as 64 players battle across large maps where the objectives and battle lines are always shifting. Survive the deadly battles by working together with your four man squad and utilizing your distinctive skills. There is a wealth of historical detail including realistic WW1 weaponry, authentic uniforms, horrendous gore, and maps based on real battlefields.

Where can I buy a Tannenberg Key?

With GameGator, you are able to compare 21 deals across verified and trusted stores to find the cheapest Tannenberg Key for a fair price. All stores currently listed have to undergo very specific testing to ensure that customer support, game deliveries, and the game keys themselves are of the highest quality. To sweeten the deal, we offer you specific discount codes, which you will not be able to find anywhere else. This allows us to beat all competitor prices and provide you with the cheapest, most trustworthy deals. If the current cheapest price of $1.21 for Tannenberg is too high, create a price alert and we will alert you through email, SMS, or discord the moment the Tannenberg price matches your budget.

Can I play Tannenberg immediately after the purchase?

What store should I choose for the best Tannenberg Deal?