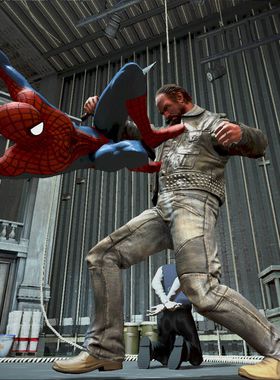 About The Amazing Spider-Man 2

What started out as the search for a killer very quickly becomes something so much more. In a unique story alongside the events of the second film, Spider-Man discovers hes not the only one tracking down Manhattans criminals. The underworld has been turned upside down with a one man campaign of violence and murder that is has captured the city in an iron grip of fear. Villains from the film as well as fan-favorite, classic Marvel characters are woven together in a twisted web of adrenaline-fueled, freeroaming, web-slinging action that puts players on a collision course with an evil far beyond Spider-Mans reckoning.

Where can I buy a The Amazing Spider-Man 2 Key?

With GameGator, you are able to compare 2 deals across verified and trusted stores to find the cheapest The Amazing Spider-Man 2 Key for a fair price. All stores currently listed have to undergo very specific testing to ensure that customer support, game deliveries, and the game keys themselves are of the highest quality. To sweeten the deal, we offer you specific discount codes, which you will not be able to find anywhere else. This allows us to beat all competitor prices and provide you with the cheapest, most trustworthy deals. If the current cheapest price of $463.77 for The Amazing Spider-Man 2 is too high, create a price alert and we will alert you through email, SMS, or discord the moment the The Amazing Spider-Man 2 price matches your budget.

Can I play The Amazing Spider-Man 2 immediately after the purchase?

What store should I choose for the best The Amazing Spider-Man 2 Deal?