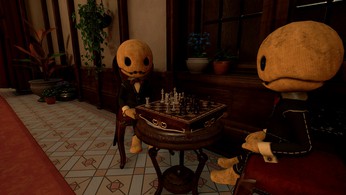 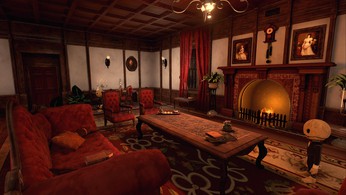 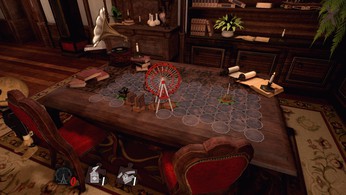 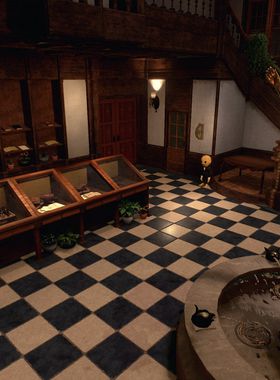 The Automatician is a first person puzzle game where you take on the role of Emma, who needs to solve puzzles and problems in a Victorian mansion. To prove your worth as a candidate to become "The Automatician" players must build increasingly complex chain reaction machines (Rube Goldberg Machines) to satisfy their challengers. Can you become the new Automatician?

Take on a series of increasingly complex hexagonal puzzles that ask you to create chain reaction machines. Find one or all of the solutions that make your machines a success!

Explore the halls of a Victorian mansion called the Absolon Estate. Solve a number of quests for the denizens of the mansion while you investigate to uncover the secrets of the mansion.

Explore the Absolon Estate, speak with its inhabitants and learn more about their past.

Take on the Challenge to become the Automatician, and prove your worth in a series of escalating challenges.

Should you succeed, you can expect one final secret to reveal itself to you...

Beautiful environments to explore, with a lot of secrets to uncover.

Figure out the Story behind what went on at Absolon Estate.

Quests to be solved around the Mansion.

Where can I buy a The Automatician Key?

With GameGator, you are able to compare deals across verified and trusted stores to find the cheapest The Automatician Key for a fair price. All stores currently listed have to undergo very specific testing to ensure that customer support, game deliveries, and the game keys themselves are of the highest quality. To sweeten the deal, we offer you specific discount codes, which you will not be able to find anywhere else. This allows us to beat all competitor prices and provide you with the cheapest, most trustworthy deals. If the current cheapest price for The Automatician is too high, create a price alert and we will alert you through email, SMS, or discord the moment the The Automatician price matches your budget.

Can I play The Automatician immediately after the purchase?

What store should I choose for the best The Automatician Deal?