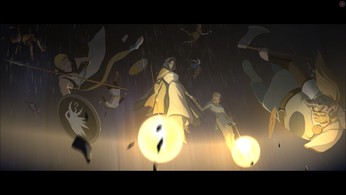 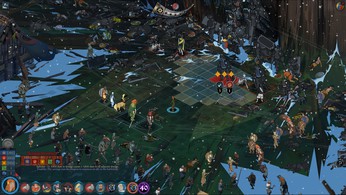 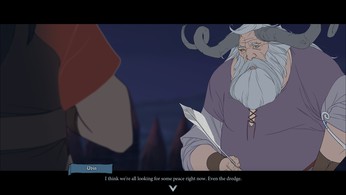 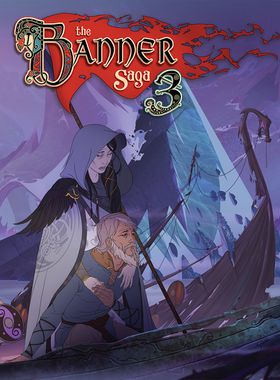 About The Banner Saga 3

Banner Saga 3 is the final dramatic chapter in the mature, story driven Viking RPG series which has won over 20 awards and has been nominated for 4 BAFTA awards. As the world continues to crumble around you, who can you trust, how will you protect your allies and what choices will you make as the Darkness draws near?

Witness the Banner Saga as you've never seen it before as a dark force takes over and effects everything you've come to know in the beautifully hand-painted finale of the trilogy.
Choose new playable characters to join your party, including dredge heroes! Take advantage of new upgrade options as they progress in battle.
Deeper strategic combat with the new battle waves system against a myriad of new enemies.The valka spear and heroic titles let players customize their playstyle even further.
Drive your own narrative as you carry over your choices from both Banner Sagas 1 & 2, leading to different climatic endings in this final chapter. No hero is safe.

Where can I buy a The Banner Saga 3 Key?

With GameGator, you are able to compare 34 deals across verified and trusted stores to find the cheapest The Banner Saga 3 Key for a fair price. All stores currently listed have to undergo very specific testing to ensure that customer support, game deliveries, and the game keys themselves are of the highest quality. To sweeten the deal, we offer you specific discount codes, which you will not be able to find anywhere else. This allows us to beat all competitor prices and provide you with the cheapest, most trustworthy deals. If the current cheapest price of $7.03 for The Banner Saga 3 is too high, create a price alert and we will alert you through email, SMS, or discord the moment the The Banner Saga 3 price matches your budget.

Can I play The Banner Saga 3 immediately after the purchase?

What store should I choose for the best The Banner Saga 3 Deal?

There are many details that you might want to go through before settling on the deal of your choosing. If you are looking for a special Edition, such as Deluxe Edition or Legendary Edition, you can select these in our menu. When it comes to the actual stores, we made sure that you will never get overcharged/neglected. As we care about your satisfaction, we like to ensure that all deals are legitimate, reliable, and foolproof. On top of that, we make sure all stores affiliated with us have proper refund processes and guarantees and are backed by a competent team to ensure that absolutely nothing will go wrong.