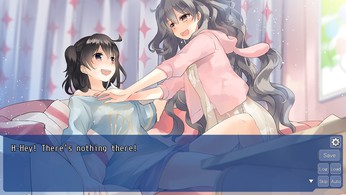 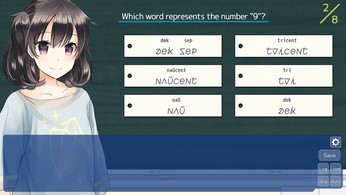 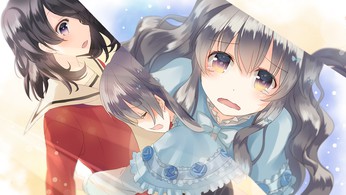 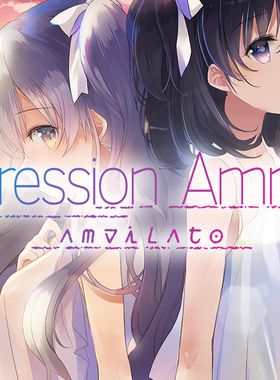 The Expression Amrilato is a girl-meets-girl yuri visual novel. Rin was just buying a snack in her hometown's shopping district — but she gets a shock when her surroundings suddenly transform. She should know this area well, but the unreadable letters on the signs and the strange language the people are speaking have made things unrecognizable.

... Just then, Ruka, a girl so cute she could be an idol, appears and extends a helping hand. Rin, who exudes positivity in spades, and Ruka, a supportive girl who speaks only a smattering of Japanese. This is the story, pure and sometimes frustrating, of two girls intertwined through their fumbling efforts to communicate. In "The Expression Amrilato", the main character is lost in an alternate world where Juliamo (which in the real world is Esperanto, an existing constructed language) is the official spoken language. Therefore, while enjoying a story between cute girls, you can also learn language of Esperanto!

Where can I buy a The Expression Amrilato Key?

With GameGator, you are able to compare 2 deals across verified and trusted stores to find the cheapest The Expression Amrilato Key for a fair price. All stores currently listed have to undergo very specific testing to ensure that customer support, game deliveries, and the game keys themselves are of the highest quality. To sweeten the deal, we offer you specific discount codes, which you will not be able to find anywhere else. This allows us to beat all competitor prices and provide you with the cheapest, most trustworthy deals. If the current cheapest price of $20.41 for The Expression Amrilato is too high, create a price alert and we will alert you through email, SMS, or discord the moment the The Expression Amrilato price matches your budget.

Can I play The Expression Amrilato immediately after the purchase?

What store should I choose for the best The Expression Amrilato Deal?