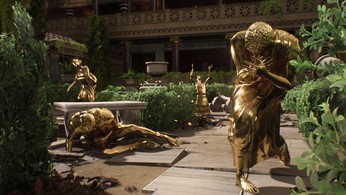 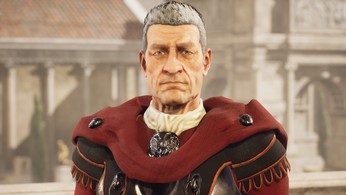 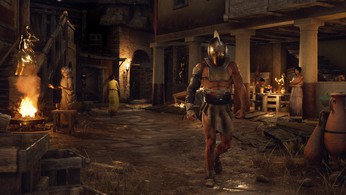 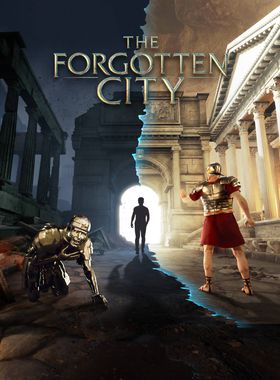 About The Forgotten City

The Forgotten City is a mature narrative-driven game, and a re-imagining of the critically acclaimed mod that won a national Writers' Guild award and racked up over 3 million downloads. Trapped in a secret underground city during the Roman Empire, twenty-six lost souls cling to life. In this precarious utopia, if one person breaks the mysterious Golden Rule, everyone dies. As a time-traveller drawn two thousand years into the past, you'll relive their final moments in an endless loop, exploring and interrogating, and changing the course of the day with each secret you uncover.

Only by cleverly exploiting the time loop and making difficult moral choices can you hope to solve this epic mystery. Here, your decisions matter. The fate of the city is in your hands. Explore an authentic, open-world ancient Roman city brought to life with Unreal EngineInvestigate a gripping, non-linear mystery with multiple endingsSolve problems your own way, with reason, charm, bribery, stealth, intimidation, or by cleverly exploiting the time-loop.

The Forgotten City is based on the Writer's Guild Award winning hit mod that had over 3 million downloads. While it retains all the elements players know and love, the full release is leveling up every aspect and adding plenty of surprises. Walk the streets of a brand new city. Get to know reimagined characters. Sink into original lore and enjoy fresh twists and endings. Solve challenging new puzzles, and enjoy an all-new orchestral score and professional voice acting. The Forgotten City is the story we always wanted to tell, for you to enjoy all over again - and again.

Where can I buy a The Forgotten City Key?

With GameGator, you are able to compare 22 deals across verified and trusted stores to find the cheapest The Forgotten City Key for a fair price. All stores currently listed have to undergo very specific testing to ensure that customer support, game deliveries, and the game keys themselves are of the highest quality. To sweeten the deal, we offer you specific discount codes, which you will not be able to find anywhere else. This allows us to beat all competitor prices and provide you with the cheapest, most trustworthy deals. If the current cheapest price of $13.50 for The Forgotten City is too high, create a price alert and we will alert you through email, SMS, or discord the moment the The Forgotten City price matches your budget.

Can I play The Forgotten City immediately after the purchase?

What store should I choose for the best The Forgotten City Deal?