The Fruit of Grisaia 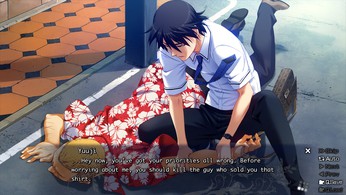 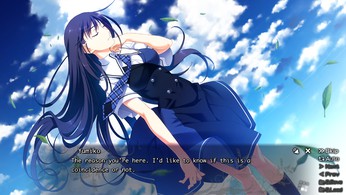 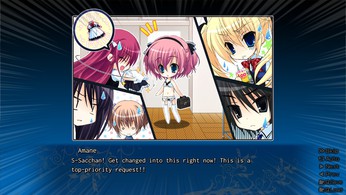 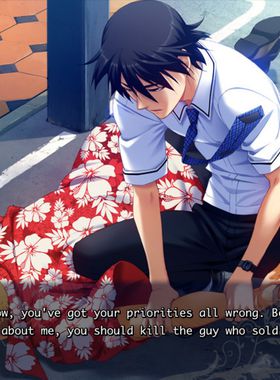 The Fruit of Grisaia

About The Fruit of Grisaia

SIX FRUITS BARE THEIR FANGS AT THE WORLD.

--The academy was their orchard.

In this place of learning, protected by high walls from the outside world, there arrived

a single young man who'd lost his purpose in life. He'd lost sight of what he wanted to protect. He passed his days in a haze of guilt and regret. All that remained to him were the chains around his neck... And a life worth less than that of a stray dog. But in that academy, he would meet five young women. And in time, he would discover a new thread of hope.

--That girl's very birth was a mistake.

The sin of disobedience--

--A life not so different from death.

No one’s going to protect you--

--And survival itself can be a punishment.

That place was their orchard. Those young women were the fruits of remorse, grown on the tree of sorrow.

Where can I buy a The Fruit of Grisaia Key?

With GameGator, you are able to compare deals across verified and trusted stores to find the cheapest The Fruit of Grisaia Key for a fair price. All stores currently listed have to undergo very specific testing to ensure that customer support, game deliveries, and the game keys themselves are of the highest quality. To sweeten the deal, we offer you specific discount codes, which you will not be able to find anywhere else. This allows us to beat all competitor prices and provide you with the cheapest, most trustworthy deals. If the current cheapest price for The Fruit of Grisaia is too high, create a price alert and we will alert you through email, SMS, or discord the moment the The Fruit of Grisaia price matches your budget.

Can I play The Fruit of Grisaia immediately after the purchase?

What store should I choose for the best The Fruit of Grisaia Deal?