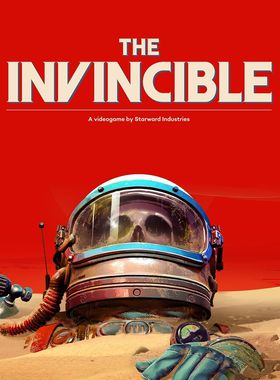 The Invincible is a first-person Sci-Fi thriller set in a retro-future timeline. Waking up as a space scientist on a hostile planet, you embark on a mysterious mission to find the missing crew of your spaceship. Survival is a matter of your correct choices, taken whilst uncovering the secrets of the planet, bigger than anyone thought.

You are a scientist onboard an interstellar scientific expedition, suddenly thrown into a life-or-death rescue mission. Landing on a planet Regis III you have to find the missing crew members using some advanced space equipment, whilst relying on your brains and instincts to survive on the planet which quickly occurs to be unwelcoming. Soon you'll discover that Regis III holds terrifying secrets which are uncovered while you're piecing together the fate of your crew. And as you delve deeper into the mystery, you realise that perhaps you are not alone and that some places like this planet are better left untouched. But it's too late to turn back.

Where can I buy a The Invincible Key?

With GameGator, you are able to compare deals across verified and trusted stores to find the cheapest The Invincible Key for a fair price. All stores currently listed have to undergo very specific testing to ensure that customer support, game deliveries, and the game keys themselves are of the highest quality. To sweeten the deal, we offer you specific discount codes, which you will not be able to find anywhere else. This allows us to beat all competitor prices and provide you with the cheapest, most trustworthy deals. If the current cheapest price for The Invincible is too high, create a price alert and we will alert you through email, SMS, or discord the moment the The Invincible price matches your budget.

Can I play The Invincible immediately after the purchase?

What store should I choose for the best The Invincible Deal?