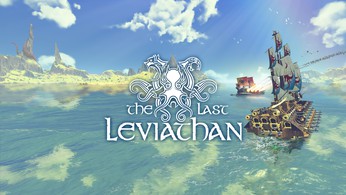 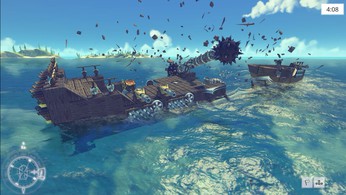 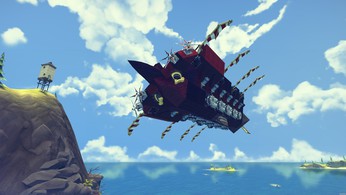 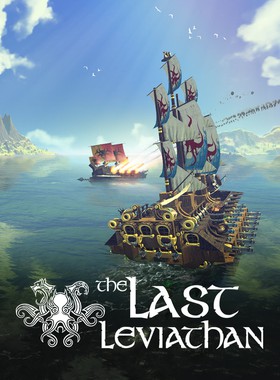 About The Last Leviathan

The Last Leviathan is a physics-based, ship building and destruction adventure. You construct battle ships to crush your adversaries and massacre the monsters you encounter around the ancient seas of Middenhir. On your voyage to uncover where The Last Leviathan lies you will discover a world full of rival ships, mythical monsters, wrecked flotsam, physics-puzzles and hidden treasures.

With blocks bought, found or plundered, you'll craft boats capable of conquering pirates, out manoeuvring racing ships, disintegrating towers high on the coastal hills and solving mysteries. Across the busy seas of Middenhir you'll encounter many ships from clans far and wide. Some will be friendly and want to trade, others are looking for blood and booty - Yours!

Some say these behemoths are the descendants of The Last Leviathan, others just refuse to accept that they exist. Once you've seen one on the horizon you'll wonder how you ever thought of anything else.

Monster battles will be the pinnacle of your experience in The Last Leviathan. You'll need to analyse the monster's weaknesses, craft bigger weapons, build a specialised ship and then unleash the dogs of war with true, commanding skill.

Where can I buy a The Last Leviathan Key?

With GameGator, you are able to compare 7 deals across verified and trusted stores to find the cheapest The Last Leviathan Key for a fair price. All stores currently listed have to undergo very specific testing to ensure that customer support, game deliveries, and the game keys themselves are of the highest quality. To sweeten the deal, we offer you specific discount codes, which you will not be able to find anywhere else. This allows us to beat all competitor prices and provide you with the cheapest, most trustworthy deals. If the current cheapest price of $0.64 for The Last Leviathan is too high, create a price alert and we will alert you through email, SMS, or discord the moment the The Last Leviathan price matches your budget.

Can I play The Last Leviathan immediately after the purchase?

What store should I choose for the best The Last Leviathan Deal?