The Little Ball That Could 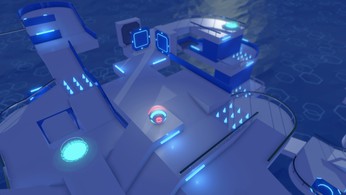 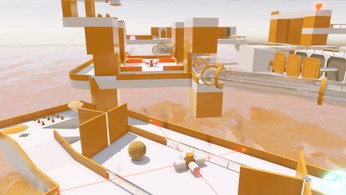 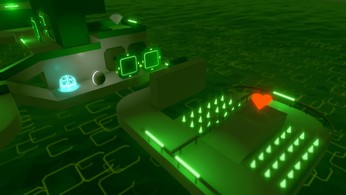 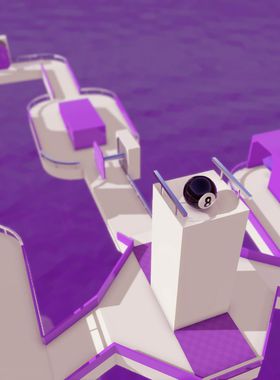 The Little Ball That Could

About The Little Ball That Could

There is no exception to the rule - only balls with a heart can enter the Haven, and others, well... others have to move on. It was your turn to get your heart and be allowed in when the stamping machine stopped. Your only choice to join your kind is to prove your worth by finding enough hearts to refill and restart the machine. On your path, there are deadly falls to avoid, dangerous traps to evade, mind-bending puzzles to solve, and maze-like levels to traverse. But all is not grim, for there are shiny gems to collect, hidden puzzle pieces to find, and trapped friends to help. Perhaps there is another way to prove your courage?

The Little Ball That Could is a marble platformer with exploration and speed-run elements, inspired by Marble Madness, Manic Marble, Super Monkey Ball and Marble Blast. However, unlike its predecessors, TLBTC is not only about going as fast as you can - instead, youll need to use your wits if you want to make it through its many non-linear levels and deadly traps.

Test your speed, precision and curiosity in over 9 hours of increasingly challenging gameplay.

Take part in a minimalist story and unlock an alternative ending by saving trapped friends.

Unlock beautiful ball skins using puzzle pieces, and try out fun powers that will let you play the game in radically different ways.

Use the checkpoints and level skips to progress through the game without frustration.

Experience the best platforming action with our tight, physics-based controls - youll have a blast whether you prefer to play using the keyboard or a controller.

Where can I buy a The Little Ball That Could Key?

With GameGator, you are able to compare deals across verified and trusted stores to find the cheapest The Little Ball That Could Key for a fair price. All stores currently listed have to undergo very specific testing to ensure that customer support, game deliveries, and the game keys themselves are of the highest quality. To sweeten the deal, we offer you specific discount codes, which you will not be able to find anywhere else. This allows us to beat all competitor prices and provide you with the cheapest, most trustworthy deals. If the current cheapest price of $7.99 for The Little Ball That Could is too high, create a price alert and we will alert you through email, SMS, or discord the moment the The Little Ball That Could price matches your budget.

Can I play The Little Ball That Could immediately after the purchase?

What store should I choose for the best The Little Ball That Could Deal?