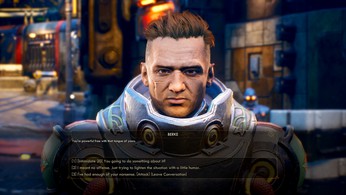 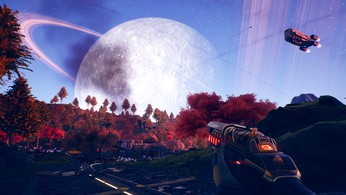 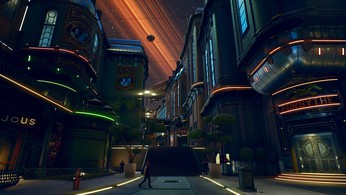 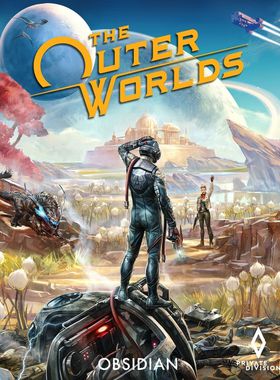 About The Outer Worlds

The Outer Worlds is the new science fiction single-player role-playing game developed by Obsidian Entertainment and Private Division. You wake up on a lost colonist ship that was on its way to Halcyon, the furthest colony from Earth on the edge of the galaxy and find yourself in the middle of a gigantic conspiracy that could lead to its destruction. As you explore the farthest reaches of space and encounter various power-seeking factions, the character you create will determine the course of the player-driven storyline. You are the unscheduled variable in the colony's equation.

Many years ago, powerful companies have set out for the Halcyon system, several lightyears away, to create new jobs and to build a second home for mankind. Your character was accommodated on one of these colonist ships and should have arrived a long time ago. But as it happens with interstellar journeys in cryosleep, there were problems, and the ship drifted off and has been bobbing around space ever since. Dr Phineas Wells, fortunately, illegally gains access over the ship and is looking for a partner to rescue the barge. Using a large selection screen, Wells enters various search parameters, like intelligence, leadership qualities, or charisma and lets the computer present him with the appropriate person. Settings for appearance are pleasantly generous and allow for extensive personalization.

Dive into fights and gunfights with more or less unusual weapons. Build up an impressive arsenal and upgrade almost every weapon with different modifications. Tactical Time Dialation enables you to slow down time, thanks to brain damage caused by the long cryosleep. You not only gain a time advantage in combat, but also information about the weaknesses and strengths of your opponents. The system is similar to V.A.T.S. from Fallout, but works with an energy bar instead of action points. If you stand completely still and just look around, you can leave TTD on for almost indefinitely. Only movements or shots cause it to run out of time.

Where can I buy a The Outer Worlds Key?

With GameGator, you are able to compare 51 deals across verified and trusted stores to find the cheapest The Outer Worlds Key for a fair price. All stores currently listed have to undergo very specific testing to ensure that customer support, game deliveries, and the game keys themselves are of the highest quality. To sweeten the deal, we offer you specific discount codes, which you will not be able to find anywhere else. This allows us to beat all competitor prices and provide you with the cheapest, most trustworthy deals. If the current cheapest price of $13.99 for The Outer Worlds is too high, create a price alert and we will alert you through email, SMS, or discord the moment the The Outer Worlds price matches your budget.

Can I play The Outer Worlds immediately after the purchase?

What store should I choose for the best The Outer Worlds Deal?