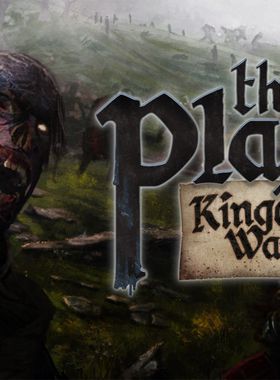 About The Plague: Kingdom Wars

It's 1347, the time of the Hundred Years' War. You take on a role of one of 200 Minor Lords or Kings from the time period. Be a minor noble in Ottomans court, an earl in Ireland, or Emperor of Byzantium, and rewrite history by fighting to preserve your empire, and prevent the spread of the Black Death across Europe. You bear the burden of leadership, and must decide how to keep your people safe. Act swiftly, using diplomacy or military might, but do not hesitate or the consequences will be dire. History has shown the critical importance of sound leadership in times of great crisis, even as we face these dangers now.

The Plague: Kingdom Wars is the first historical strategy game to feature a full scale pandemic, as well as the optional undead mode, with millions of infected and undead potentially roaming the world map. Gameplay is ever evolving from lordship or kingdom management, to fighting a pandemic, or stopping an undead apocalypse. The black death is here, and as it sweeps through your empire your focus will quickly shift from conquering your rivals to surviving the pandemic. Utilize primitive medieval medicine, quarantine your cities, cut trade with distant lands, whatever it takes to stem the tide of death. Millions of people across Europe will get infected and die, and very soon it's the human resources and not silver coins that will become the most sparse resource.

Where can I buy a The Plague: Kingdom Wars Key?

With GameGator, you are able to compare 5 deals across verified and trusted stores to find the cheapest The Plague: Kingdom Wars Key for a fair price. All stores currently listed have to undergo very specific testing to ensure that customer support, game deliveries, and the game keys themselves are of the highest quality. To sweeten the deal, we offer you specific discount codes, which you will not be able to find anywhere else. This allows us to beat all competitor prices and provide you with the cheapest, most trustworthy deals. If the current cheapest price of $0.74 for The Plague: Kingdom Wars is too high, create a price alert and we will alert you through email, SMS, or discord the moment the The Plague: Kingdom Wars price matches your budget.

Can I play The Plague: Kingdom Wars immediately after the purchase?

What store should I choose for the best The Plague: Kingdom Wars Deal?