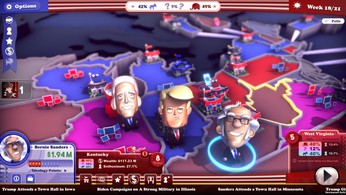 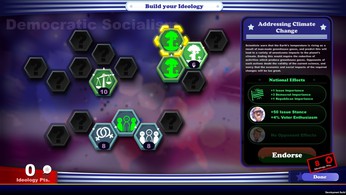 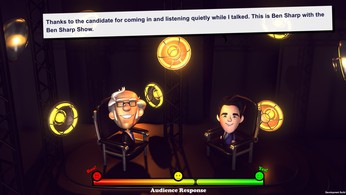 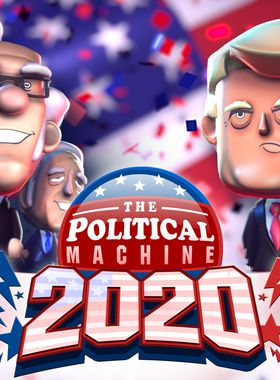 About The Political Machine 2020

Let the campaign begin! Win the hearts and minds of America's voters and take the 2020 presidential election by storm in this exciting political strategy game. Choose from a large roster of candidates, from Democrats Joe Biden and Bernie Sanders to Republicans Donald Trump and Mitt Romney, as well as other well-known politicians like former senator John McCain, Alexandria Ocasio-Cortez, Mitch McConnell, Barack Obama, and more.

Want to shake things up a little? No problem! Use the Candidate Workshop to create your own frontrunner, complete with customized statistics, ideologies, and design. If you believe everything is going to hell in a handbasket, you can play as one of the wild card candidates like the Giant Meteor and adopt some truly crazy ideologies (ban all video games - they'll rot your brain!). The Political Machine 2020 features unique ideology trees for each of the candidates that allow them to play very differently from each other. Throughout the game, you'll visit Town Halls or take on Campaign Events to gain ideology points that you can spend to own certain issues. For instance, Bernie Sanders has 'Medicare for All' as an issue he can own, while Donald Trump can use points to purchase the 'Build the Wall' issue.

Each issue is modded on a per-state basis with their voter support based on data in order to allow for an accurate simulation of how those issues will play out in different states. It's important to win 270 votes in the electoral college, so you'll need to pay attention to what issues voters care about in the swing states. What plays well in Texas or California might hurt you in Ohio or Florida.

Where can I buy a The Political Machine 2020 Key?

With GameGator, you are able to compare 14 deals across verified and trusted stores to find the cheapest The Political Machine 2020 Key for a fair price. All stores currently listed have to undergo very specific testing to ensure that customer support, game deliveries, and the game keys themselves are of the highest quality. To sweeten the deal, we offer you specific discount codes, which you will not be able to find anywhere else. This allows us to beat all competitor prices and provide you with the cheapest, most trustworthy deals. If the current cheapest price of $7.85 for The Political Machine 2020 is too high, create a price alert and we will alert you through email, SMS, or discord the moment the The Political Machine 2020 price matches your budget.

Can I play The Political Machine 2020 immediately after the purchase?

What store should I choose for the best The Political Machine 2020 Deal?