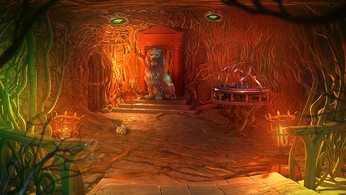 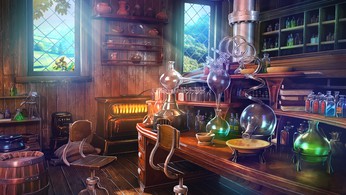 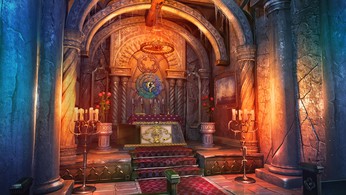 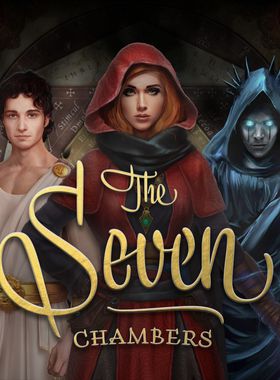 About The Seven Chambers

The Seven Chambers is a Hidden Object game with beautiful visuals and an intriguing story. The Cosmos turned the fate of the Earth's inhabitants every day. Elasaid didn't believe in astrology but the force of the planets and constellations entered into her life and many previous lives regardless of what she thought.

After getting hit by a blast in the London riots she falls into a coma. In the coma's sub-conscious she experiences a past life as a Highland Warrior where, after reading a passage of ancient text from a magic book, an underworld portal opens. Terrifying clawed beasts, the Flying Furies, clutch Elasaid and throw her through this first portal of The Seven Chambers.

Her only escape is to navigate her way to the Seventh Chamber in time for the rising of the phoenix along the passageways and chambers for the souls of the dead. Along the way she battles with fallen angels, jealous planets, tricky alchemists and manipulative lost souls. Overcoming the darkness in the chambers opens her heart to a lost soul, but the lost soul has been sentenced to spend eternity in the chambers. What will prevail; her love for the lost soul or her desire for freedom?

Where can I buy a The Seven Chambers Key?

With GameGator, you are able to compare deals across verified and trusted stores to find the cheapest The Seven Chambers Key for a fair price. All stores currently listed have to undergo very specific testing to ensure that customer support, game deliveries, and the game keys themselves are of the highest quality. To sweeten the deal, we offer you specific discount codes, which you will not be able to find anywhere else. This allows us to beat all competitor prices and provide you with the cheapest, most trustworthy deals. If the current cheapest price of $11.58 for The Seven Chambers is too high, create a price alert and we will alert you through email, SMS, or discord the moment the The Seven Chambers price matches your budget.

Can I play The Seven Chambers immediately after the purchase?

What store should I choose for the best The Seven Chambers Deal?