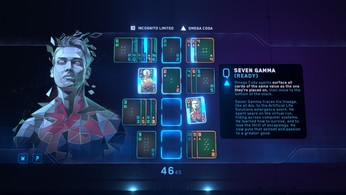 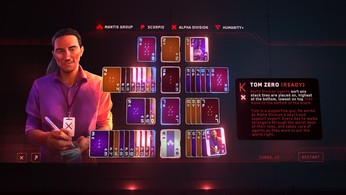 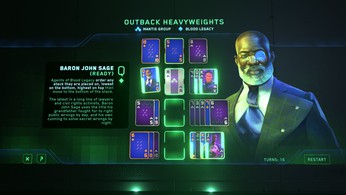 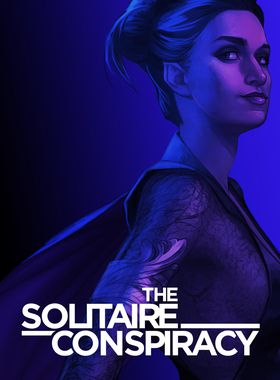 About The Solitaire Conspiracy

Protego, the world’s leading spy agency, has been destroyed. Only one person can wield C.A.R.D.S to take control of Protego's scattered spy crews and save the world. Guided by Protego's only remaining analyst, Jim Ratio (Greg Miller), you must master the unique powers of each crew in a game of tactical Solitaire like none you’ve ever played before. Guide your crews home in a tale of intrigue where nobody can be trusted. Keep your cool in a world of AI spies and cyber-enhanced operators.

Once you’ve taken back control of Protego, play infinitely via Skirmish, or test your skills against the clock in Countdown, a survival mode that will test your grasp of the game’s surprising tactical depths. No heightened game of Solitaire would be complete without full FMV cutscenes, featuring Greg Miller and Inel Tomlinson in an original story from the team behind Thomas Was Alone, Volume, Subsurface Circular and John Wick Hex. The soundtrack for your adventures is provided by Jon Everist (Battletech, Shadowrun: Hong Kong, Shadowrun: Dragonfall).

Where can I buy a The Solitaire Conspiracy Key?

With GameGator, you are able to compare 6 deals across verified and trusted stores to find the cheapest The Solitaire Conspiracy Key for a fair price. All stores currently listed have to undergo very specific testing to ensure that customer support, game deliveries, and the game keys themselves are of the highest quality. To sweeten the deal, we offer you specific discount codes, which you will not be able to find anywhere else. This allows us to beat all competitor prices and provide you with the cheapest, most trustworthy deals. If the current cheapest price of $10.47 for The Solitaire Conspiracy is too high, create a price alert and we will alert you through email, SMS, or discord the moment the The Solitaire Conspiracy price matches your budget.

Can I play The Solitaire Conspiracy immediately after the purchase?

What store should I choose for the best The Solitaire Conspiracy Deal?