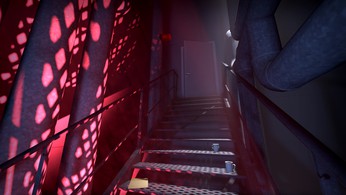 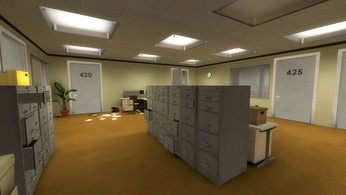 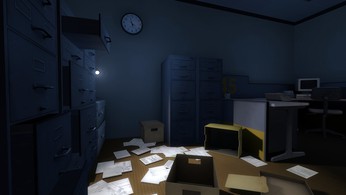 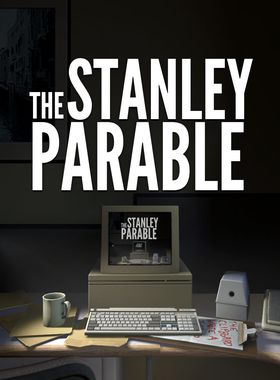 About The Stanley Parable

In 2013, the US developer Galactic Cafe released the tentative title "The Stanley Parable". It completely dispenses with any form of playful challenge. In return, it presupposes the willingness of the players to engage with the medium of video games on a purely intellectual level. On the one hand, questions like "What is reality?" or "How much control do I have over my own life? On the other hand, the title functions not least as a satire on the tricks game developers use to transport their audience into virtual worlds. The fact that "The Stanley Parable" ultimately has far more questions than answers to offer will eventually prove to be one of its greatest strengths. Every morning Stanley sits punctually in his tiny office. Always at the same time, he receives the work instructions for the rest of the day via his computer. He would never even think of questioning an order or letting his work slide. He is the perfect wheel in the gearbox. At least until one fateful morning, when his computer screen has no instructions for him and, to make matters worse, it turns out that all his colleagues have disappeared. In his search for answers, Stanley begins a journey of experience, after which nothing will ever be the same again. "The Stanley Parable" is a new kind of experience that's difficult to put into words. The age of the player is of far less importance than his development level. Good command of English is not a prerequisite but is undoubtedly recommended. Even though the project has German subtitles, a lot of interactive dynamics is lost when reading the screen texts. Whether and to what extent the questions raised can be answered subsequently remains to be seen. The fact is that hardly any other video game to date has offered a similar potential for intellectual discourse.

Where can I buy a The Stanley Parable Key?

With GameGator, you are able to compare 18 deals across verified and trusted stores to find the cheapest The Stanley Parable Key for a fair price. All stores currently listed have to undergo very specific testing to ensure that customer support, game deliveries, and the game keys themselves are of the highest quality. To sweeten the deal, we offer you specific discount codes, which you will not be able to find anywhere else. This allows us to beat all competitor prices and provide you with the cheapest, most trustworthy deals. If the current cheapest price of $7.83 for The Stanley Parable is too high, create a price alert and we will alert you through email, SMS, or discord the moment the The Stanley Parable price matches your budget.

Can I play The Stanley Parable immediately after the purchase?

What store should I choose for the best The Stanley Parable Deal?