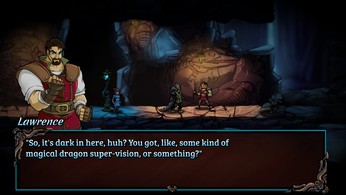 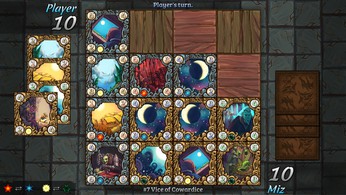 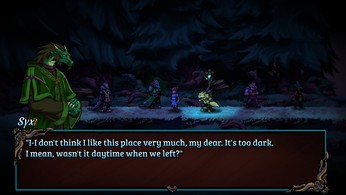 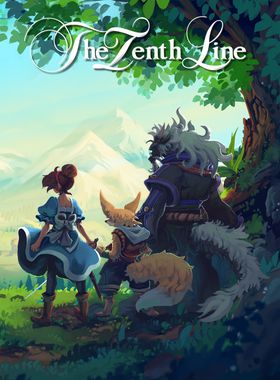 About The Tenth Line

The Tenth Line is the first commercial game project from Sungazer Software. During your adventure, youll guide the princess of the tiny nation of Easania, far from home and desperate to escape the clutches of a mysterious cult in hot pursuit. Along with her unusual but reliable companions, youll explore a vibrant world of humans, beasts, and dragons, all struggling to coexist in the tension following the assassination of the king of the nation of Skyweather. Troubled times are ahead, indeed - the long-prophesied end of the world is fast approaching, and with only her wits, her blade, and her royal upbringing to guide her, can she make it home to her family before the end of days?

Gameplay involves adventuring through distinct areas using traditional 2D platforming mechanics, but with a twist: each character is controlled separately, and can move, attack, and interact with the world in unique ways. Youll also visit the occasional village or safe haven, and have an opportunity to take on new quests, play cards, and chat with the locals. Enemies roam the wilds, meanwhile, and can be engaged or ambushed by your heroes, thrusting your party into battle.

Battles are turn-based with an active timing element: youll decide on commands for each character, then carry those attacks out using careful timing and targeting. Then, its the enemys turn to retaliate, giving your party an opportunity to defend. And, with up to twelve enemies on the offense at one time, survival is not always a safe bet. Fortunately, eliminating large numbers of foes at once will leave fewer attackers behind to retaliate, and will also grant your party more momentum, allowing for even more powerful skills to be used during the next attack!

Progression is handled solely by finding and applying items to your characters. Items are plentiful, and have multiple uses, so smart distribution of your treasures is key to survival. Characters can use items for training, powering up their skills and their defensive abilities, or use them to empower their "specialties" and gain a personal, tactical edge in combat. Your party members can also gain "power levels" by winning battles, completing quests, and collecting power fragments in the world. Power levels can be spent on the "Power Flow" board by playing a puzzle-like minigame to increase stats and unlock new skills. It is a challenging, refreshing method of "leveling up" that rewards careful planning and smart decisions.

Where can I buy a The Tenth Line Key?

With GameGator, you are able to compare 5 deals across verified and trusted stores to find the cheapest The Tenth Line Key for a fair price. All stores currently listed have to undergo very specific testing to ensure that customer support, game deliveries, and the game keys themselves are of the highest quality. To sweeten the deal, we offer you specific discount codes, which you will not be able to find anywhere else. This allows us to beat all competitor prices and provide you with the cheapest, most trustworthy deals. If the current cheapest price of $0.96 for The Tenth Line is too high, create a price alert and we will alert you through email, SMS, or discord the moment the The Tenth Line price matches your budget.

Can I play The Tenth Line immediately after the purchase?

What store should I choose for the best The Tenth Line Deal?