Tom vs. The Armies of Hell 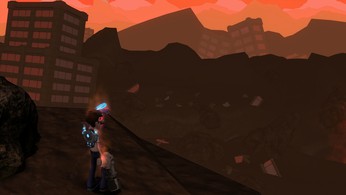 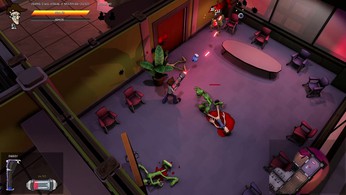 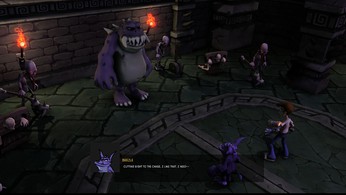 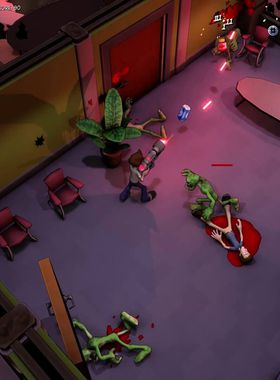 Tom vs. The Armies of Hell

About Tom vs. The Armies of Hell

Tom vs. the Armies of Hell is a challenging indie Action-Adventure game from Darkmire Entertainment. You play Tom, a down-trodden software-engineer turned reluctant half-demon hero when an experiment gone awry sends his entire office complex plummeting into Hell.

Armed with an experimental gun that turns captured souls into high-tech, multi-colored death, as well as his newly acquired demonic powers, Tom must not only survive, but also unravel the mystery of what caused this "accident", and how he can get home. Along the way Tom will be aided (or more accurately, bossed around) by Beezle, the purple imp that saved him from the initial demonic invasion. Together theyll face a horde of mindless ghouls, vicious demons, and an army of magically animated junk automatons, just for starters.

Where can I buy a Tom vs. The Armies of Hell Key?

With GameGator, you are able to compare deals across verified and trusted stores to find the cheapest Tom vs. The Armies of Hell Key for a fair price. All stores currently listed have to undergo very specific testing to ensure that customer support, game deliveries, and the game keys themselves are of the highest quality. To sweeten the deal, we offer you specific discount codes, which you will not be able to find anywhere else. This allows us to beat all competitor prices and provide you with the cheapest, most trustworthy deals. If the current cheapest price of $12.99 for Tom vs. The Armies of Hell is too high, create a price alert and we will alert you through email, SMS, or discord the moment the Tom vs. The Armies of Hell price matches your budget.

Can I play Tom vs. The Armies of Hell immediately after the purchase?

What store should I choose for the best Tom vs. The Armies of Hell Deal?