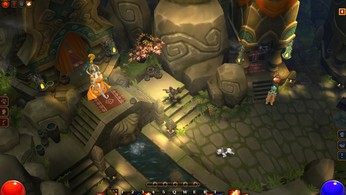 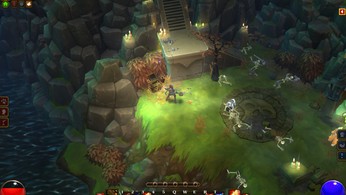 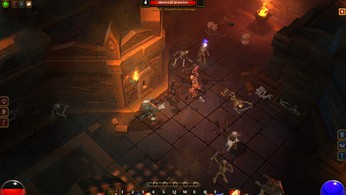 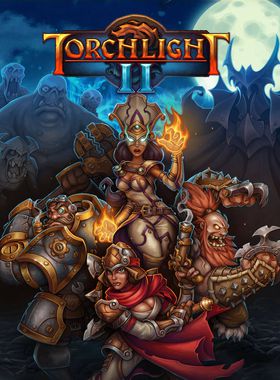 Like its successful predecessor, the comic-style action or hack & slay role-playing game offers the typical Diablo-style fare: The player embodies the hero of the story while fighting against increasingly powerful monsters. For his success, he is rewarded with experience points, which ultimately lead to level ascents and new abilities, rare items, and gold. The story of the game continues directly from the end of the predecessor: After the victory over the demon Ordrak, the city of Torchlight seemed to be saved. But Ordrak's corrupt heart continued to beat and drew one of the three heroes ("the alchemist") to the side of evil. The other two heroes were unable to stop the new threat. This is precisely where the game begins. It is up to the player to follow the alchemist over 4 acts and defeat him in the end. Because of the simple game principle and the more and more powerful characters, "Torchlight 2" has a certain potential for addiction. Players can spend a lot of time to be more and more successful and to try out new things in the game again and again. Tactics, skill, reaction speed, and patience are required. The co-op mode also stimulates joint play, because only together can evil be overcome. Despite this, players often go their way to improve their character.

Where can I buy a Torchlight 2 Key?

With GameGator, you are able to compare 23 deals across verified and trusted stores to find the cheapest Torchlight 2 Key for a fair price. All stores currently listed have to undergo very specific testing to ensure that customer support, game deliveries, and the game keys themselves are of the highest quality. To sweeten the deal, we offer you specific discount codes, which you will not be able to find anywhere else. This allows us to beat all competitor prices and provide you with the cheapest, most trustworthy deals. If the current cheapest price of $2.75 for Torchlight 2 is too high, create a price alert and we will alert you through email, SMS, or discord the moment the Torchlight 2 price matches your budget.

Can I play Torchlight 2 immediately after the purchase?

What store should I choose for the best Torchlight 2 Deal?